Over Seven Hours of Live Streaming

The third season’s anticipated finale aired in live format for over seven continuous hours, marking a first for a Chinese variety program, with the production team putting in special effort to present a memorable closure.

Captains from the show’s previous seasons including Jackson Yee (易烊千玺), Han Geng (韩庚), Vanness Wu (吴建豪), as well as previous winners and special guests S.K.Y (天空少年团) and Liu Yuxin (刘雨昕) were all invited for the live finale, adding on to the hype. 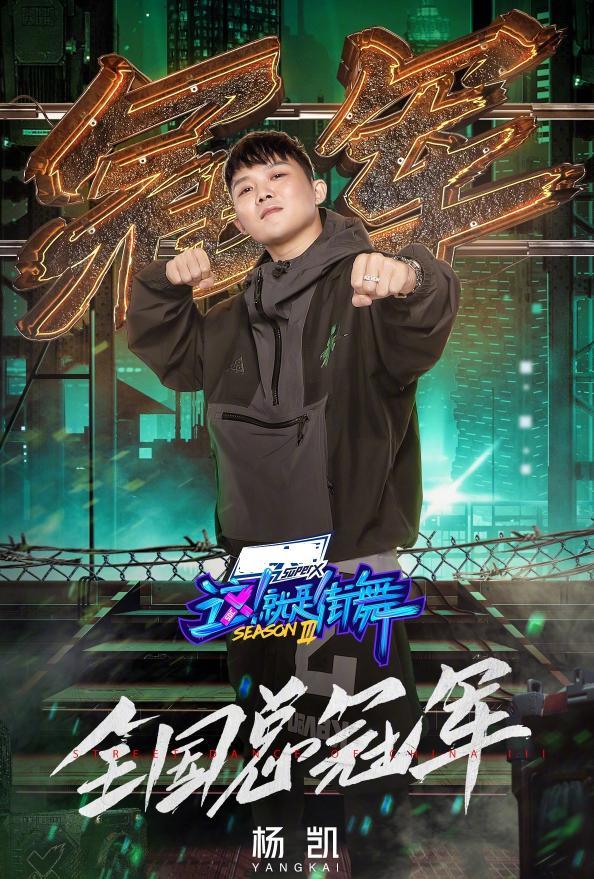 Chengdu contestant Yang Kai (杨凯), who was part of Chinese actor Wang Yibo’s (王一博) team, continued his lead and won the final PK dance segment to be crowned the champion of the third season – the first time the breaking dance style won. Wang Yibo posted a social update in the evening, in which he said he is “not a great dancer” and announced his fourth position on the show.

Wang Yibo was elated at his team member’s victory, proclaiming that spreading the love of street dance is much more meaningful than a win or loss. Showing his emotional growth, the 23-year-old also quoted coach Wang Han’s (汪涵) words in summing up his experiences on the reality show, “Treat others earnestly, learn humbly and do everything sincerely.”

Competition Heats Up in “Street Dance of China 3”