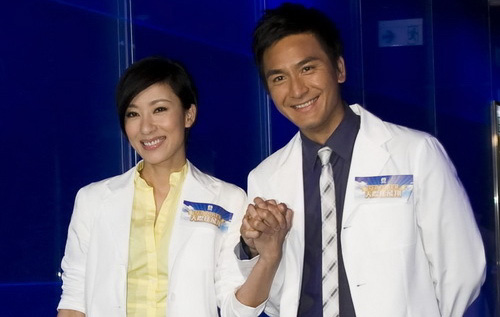 Each day and night,in a race against time, a group of medical interns and residents attempt to help their patients triumph illness and death. However, what is the real mission of these future doctors and what can be mastered in the end?

While Yat Kin was still hesitant, the sudden death of his brother led to Yat Kin’s drastic change in temperament. The staff of the entire hospital, including a group of new interns, such as Yeung Pui Chung (Him Law) and Zi Yu’s younger sister, Kong Mei Shuet (Mandy Wong) respected Yat Kin greatly. During Yat Kin’s lowest point, Zi Yu was diagnosed with a serious illness…. Jayne: I look forward to Kenneth and Tavia’s partnership, but the plot does not sound too original. Since Kenneth is a neurosurgeon, will Tavia’s character have a brain tumor? Will Kenneth need to put aside his grief for his brother in order to operate on Tavia and save the love of his life? Will their romantic survive the cruel fate of life or will medical skill and science triumph in the end?