It has been almost three years since Tavia Yeung (楊怡) and Him Law (羅仲謙) were married. Since then, Him had been working hard to earn money so that Tavia can reduce her workload and prepare to become a mom. Aside from her occasional filming projects, Tavia’s recent schedule is very leisurely.

How Him Impressed Her 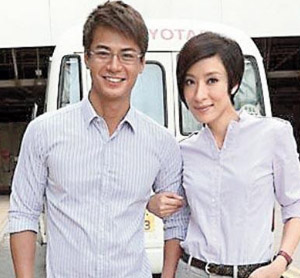 Reflecting upon their relationship, Tavia confessed that when she met Him while filming the drama The Hippocratic Crush <On Call 36小時>, Tavia did not pay any special attention to him or think they will date. Unknown to Tavia, Him was actually trying to get close to Tavia.

When Tavia had to film late into the night, Him would ask Tavia what she wanted to eat for midnight snacks, and would buy them for her. Although Tavia did not realize that Him was interested in her, Tshe admitted his gestures left a very good impression. She said, “I remember this instance vividly. Although Him left the set early and I had to film late, he came back to the set to treat the production staff with fruits and cakes. At that time, I felt that he wasn’t so bad.”

When Him found out that Tavia and his birthday were only two days apart and they will be busy filming together, Him took advantage of the situation. Him asked Tavia’s assistant if they could celebrate their birthdays together with the other crew members and brought in a roasted pig. After this celebration, they grew closer.

Tavia Praised Him for Being a Good Husband

Since starting their relationship, Tavia felt that Him changed for her. Him used to be very lazy and wouldn’t even pack his luggage until the last minute. However after they got together, Him would take the initiative to bring a backpack to carry Tavia’s water, travel books, and umbrella.

In addition, Him is not very materialistic and would not buy flowers or expensive gifts for Tavia. In Him’s mind, their relationship cannot be defined by material goods.

As the couple is settling into their marriage, many people are looking forward to see their family grow. A source close to the 39-year-old actress said, “Although Tavia often travels with Him in the last two years, it is very tiring for her while she was working. Combined with fatigue and stress, it is probably why they weren’t successful [in conception]. It is hard for women over the age of 40 to conceive, so Tavia has been seeing a traditional Chinese doctor. Him also agreed to pause his work, and stay in Hong Kong after he finishes filming his two dramas. They are trying hard and there should be good news soon.”

In addition, the source continued to comment on the couple’s relationship, “Him doesn’t like to spend money. With his earnings, he would rather buy a property under Tavia’s name. Him believes that women make a lot of sacrifices when they give birth and that’s why he treats his wife and mother really well. When Tavia and Him started dating, Him didn’t have a lot of money, and Tavia still stayed by his side. That’s why when Him is able to earn money, he said he wants to provide the best for Tavia and his children.” 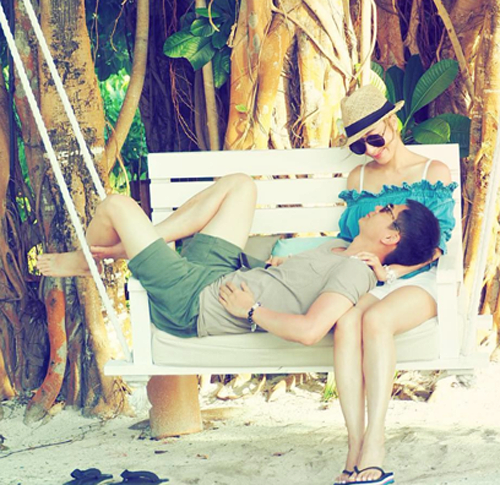