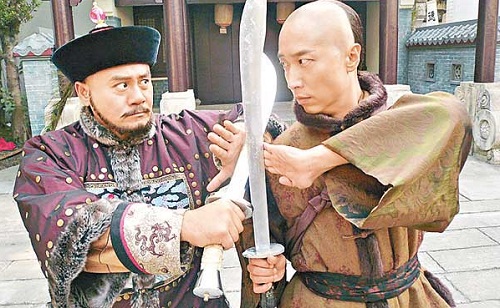 *SPOILERS of The Life and Times of A Sentinel Ahead*

TVB received three complaints last week over the recently-concluded drama, The Life and Times of A Sentinel <紫禁驚雷>. The complaints were lodged against Evergreen Mak’s (麥長青) hand-chopping scene, which was described as too violent and gruesome. The Associate Director of TVB’s External Affairs Department, Tsang Sing Ming (曾醒明), explained that parental guidance was advised and had already reminded viewers about the scene earlier. Last Friday, when the drama was broadcasting its last episode, the highest viewership rating reached 40 points as Steven Ma’s (馬浚偉) Nip Dor-Po hugged Selena Li’s (李詩韻) deceased Chi-Ying and cried painfully.

In other news, the ratings for another set of drama, Lives of Omission <潛行狙擊>, have been steadily increasing and a finale dinner would be thrown on September 9th at Emax Entertainment Centre. The entire cast and crew of Lives of Omission were expected to attend.