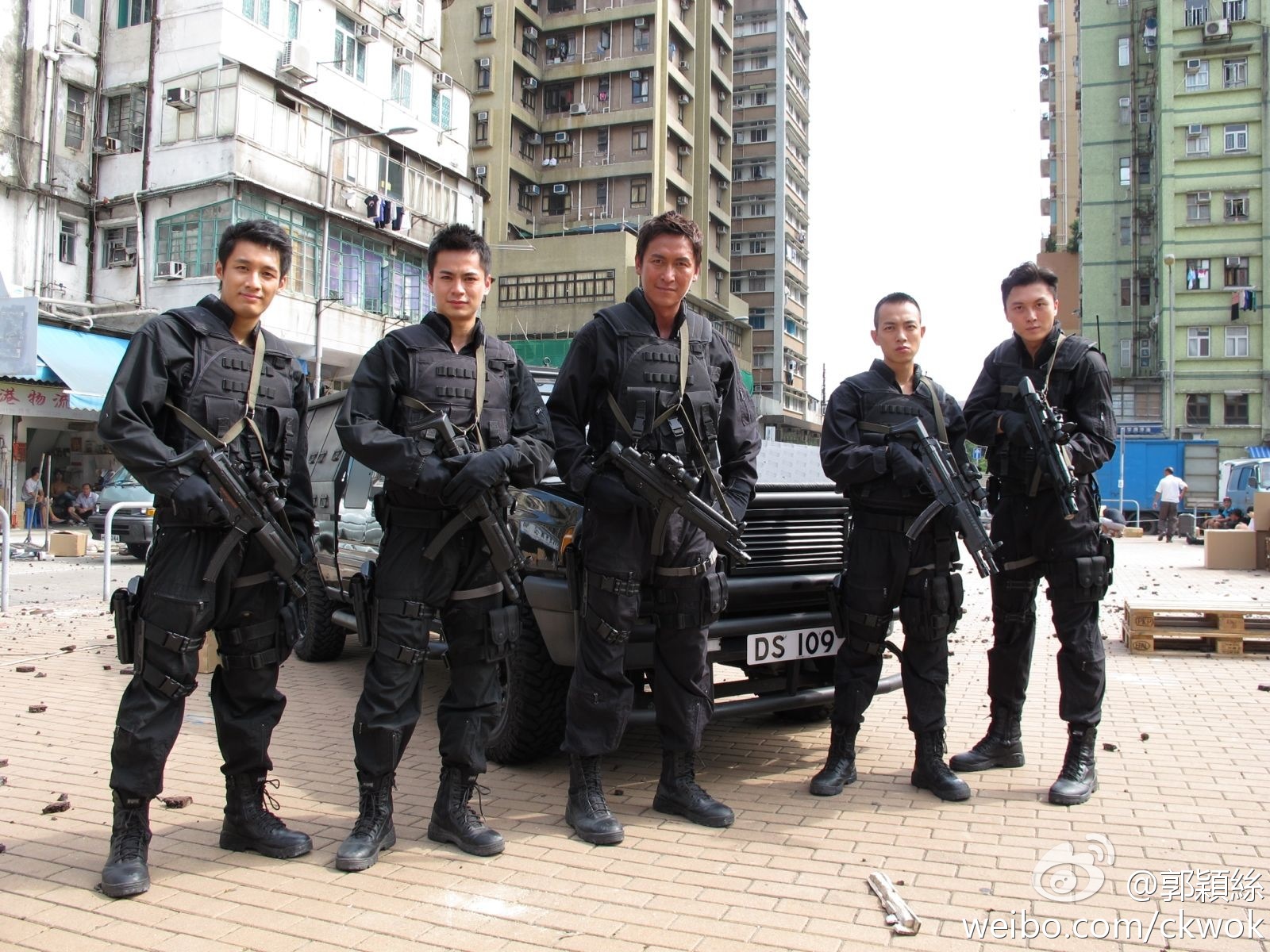 The cast of action drama Tiger Cubs <飛虎> attended a dinner banquet to watch the drama’s episode finale together on Sunday, August 12th. The banquet was also a birthday party for cast member, Jessica Hsuan (宣萱), who will turn 42 years old on August 18th. Jessica joked, “I hope the ratings of Tiger Cubs will be like my age, 42 points!”

Joe Ma (馬德鐘) also humorously expressed, “The male cast of Tiger Cubs will go topless if ratings are a success. We need to defeat the A&F (Abercrombie & Fitch) models, and bring honor to the Hong Kong people!”

The 13th and final episode of Tiger Cubs aired on the night of Sunday, August 12th. The episode achieved an average rating of 30 points and a peak at 36 points, with approximately 1.93 million viewers tuning in.

The Hong Kong Broadcasting Authority received 25 complaints during the airing of Tiger Cubs’ last episode. The episode involved Kenneth Ma’s (馬國明) character, To Tin Yu (杜天宇), hijacking a Hong Kong tourist ferry. Nine viewers complained about the hostage case sharing similarities with the Manila hostage crisis that happened in August 2010, which involved the Manila Police Department’s failed attempt to save the Hong Kong tourists in a hijacked tourist bus. Sixteen viewers complained that the episode was too violent, gory, and unrealistic.