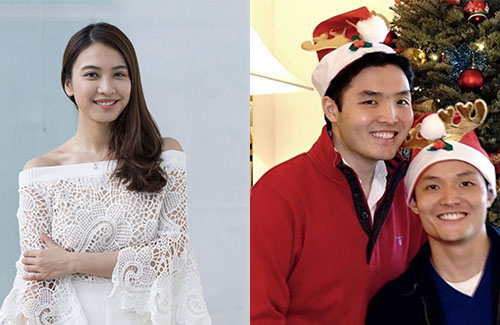 Word is spreading that popular TVB actress Tracy Chu (朱千雪) is dating Justin Ng, an interventional radiology doctor currently residing in Australia. The rumor broke out after the two were spotted vacationing in Singapore. The Over Run Over <EU超時任務> actress tried to deny it before, but after further probing, it seems clear that the two are indeed in a relationship.

In a brief text response, Tracy told HK01: “The most important thing is that we are in a very comfortable relationship. I don’t want to add stress to it, and would love for my relationships to stay low key. Because we’ve known each other for too long, I don’t want this to affect him.”

According to the reports, Justin and Tracy have known each other since they were children. They did not start dating until a few years ago, upon realizing that they share many of the same interests. Tracy has mentioned that she likes to feel secure, and though they are in a long distance relationship, Justin never gave Tracy reasons to worry.

Telling Tracy that many netizens were already aware of their relationship, Tracy laughed and said, “I haven’t read any comments about it, but I do hope that everyone will continue to support my work!”