TVB Prioritizes Broadcast of Hit Mainland Dramas Over Own Dramas 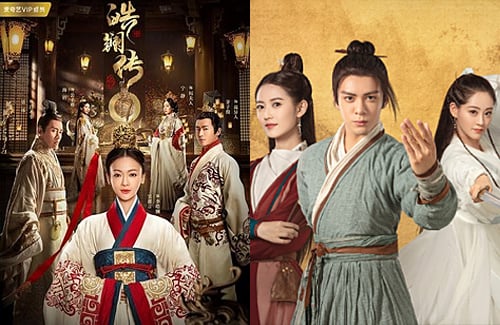 While local audiences are disappointed about not being able to catch Hong Kong dramas during prime time, Mainland productions have proven their appeal with impressive ratings.

With The Story of Yanxi Palace <皓鑭傳> making waves across Asia last year and The Legend of Haolan <皓鑭傳> debuting to popular response in Mainland China recently, TVB has confirmed that the latter will be aired during prime-time hours on its Jade channel. There have been rumors that TVB also wants to air the Mainland remake of The Heaven Sword and Dragon Sabre <倚天屠龍記> on April 15. With one Mainland drama being aired after another on TVB Jade, audiences who are keen to catch TVB dramas during the prime-time slot will have to wait patiently until the second half of 2019!

Period Costume Dramas Appeal to Viewers the Most

Previously, TVB has aired imported dramas during its prime-time slots as early as in the 2000s, including Kangxi Incognito Travel <康熙微服私訪記>, The Eloquent Ji Xiaolan <鐵齒銅牙紀曉嵐> and  Young Justice Bao <少年包青天>. The vibrant development of the film and television industry in Mainland China in recent years has seen standards of production rising along with viewer ratings.

As part of its strategy, TVB has also been playing imported dramas on several channels, with period dramas being the most well-received in terms of both ratings and reviews. Works such as The Empress of China <武則天>, Eternal Love <三生三世十里桃花> and The Legend of the Condor Heroes <射雕英雄傳> are some of the more popular ones. In 2015, TVB veered away from tradition when the station aired The Empress of China <武則天>, reportedly bought for a huge sum, at the 9:30 p.m. prime-time slot for seven consecutive days a week so fans would be able to chase the drama every day. Eventually, its impressive ratings – as high as 37 points – did not disappoint.

Mainland drama, Legend of the Condor Heroes <射雕英雄傳> helmed by Hong Kong director Chiang Ka-Chun (蔣家駿) aired to surprisingly good ratings in 2017, with its highest-watched episode hitting 30 points in Hong Kong. The Story of Yanxi Palace, which aired last year achieved even better results, with viewership climbing higher every episode. TVB even invited the cast to Hong Kong for publicity, and the drama averaged 31.3 points with the final episode reaching 39.2 points in Hong Kong, its popularity vindicating TVB’s decision.

Out of the five dramas being aired by TVB Jade now, three are Mainland productions including The Legend of Dugu <獨孤天下>, The Story of Haolan and Ruyi’s Royal Love In the Palace <如懿傳>. While this led to many audiences expressing their wish to view Hong Kong local productions, it is undeniable that Mainland productions, which boast high production standards and bigger budgets, have an edge with their spectacular scenery, impressive outdoor shoots, and brilliant leading cast performances.

“The Heaven Sword and Dragon Sabre” to Air Next 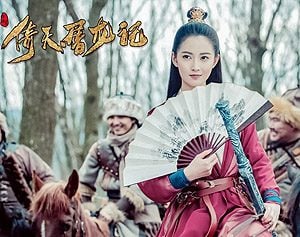 There have been many renditions of the classic The Heaven Sword and Dragon Sabre – as many as seven television remakes alone, this latest being the eighth. Helmed by Chiang Ka-Chun, the highly anticipated production will star a new generation of actors, with male lead being played by young actor Joseph Zeng (曾舜晞), and rising female stars Yukee Chan (陳鈺琪) and Zhu Xudan (祝緒丹) to take on the classic roles of Zhao Min and Zhou Zhiruo respectively. Widely lauded as the “most beautiful Zhou Zhiruo” in an earlier drama adaptation, 52 year-old actress Kathy Chow (周海媚) will appear as Abbess Miejue, Zhiruo’s teacher in this latest production. Many viewers and fans have expressed their eagerness to catch the drama for her performance.

From a three-minute teaser of the drama released, netizens were impressed by its cinema-like production values, as well as the good-looking scenes of Yukee Chan and also Zhu Xudan, who displayed her character’s morally ambiguous traits to perfection. Many are enthusiastically looking forward to its official premiere. Though previous rumors stated that the drama will be released in Mainland China in February 13, it has yet to go online. The recent announcement of the TVB premier date in April has many fans speculating that this will be the date of the Mainland release too.