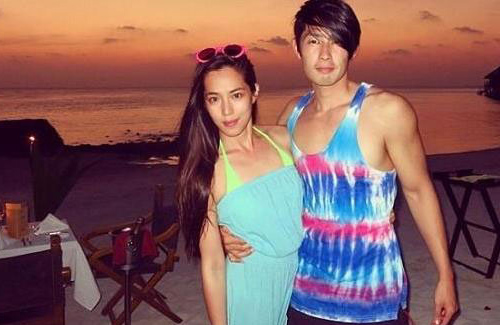 During their honeymoon vacation around the world, Vanness and Arissa frequently expressed their love for each other and posted sweet photos on their Instagram accounts. However, since December, Arissa began posting ambiguous messages, presumably targeted towards Vanness. In one post, Arissa wrote, “I’m going to give you the same amount of effort as you give me.”

In a recent post, Arissa wrote, “Merry fxxkin Christmas.” Upon seeing the caption, followers began leaving messages, urging her to stop the unnecessary use of explicit language. As well, fans advised Arissa to be more respectful of Vanness as her language reflected poorly upon her husband’s Christian faith. Angered by the comments that defended Vanness, Arissa wrote back, “What faith? Fake faith. Don’t believe the hype. Wake up. What’s real and what’s not? What you see on the Telly is definitely not real. Don’t tell me what I know. And I can swear if I want. Go away.”

Vanness retaliated to Arissa and wrote, “Watch your tongue”. However, not wanting the dispute to go viral, both Arissa and Vanness quickly deleted their messages and unfollowed each other’s accounts.

Spotted at the airport, Vanness refused to respond on the rumors of his marital problems with Arissa. Accompanied only by a single assistant, Vanness was dressed in all black and wore a troubled expression the entire time.