Veteran actor Chun Wong (秦煌) has been in the TV industry for 44 years. The Al Cappuccino <反黑路人甲> actor debuted at 28, first as an artiste for CTV (Commercial Television), then moved on to Rediffusion, and finally to TVB. Most famous for his portrayal of Zhou Botong in 1983’s Legend of the Condor Heroes <射鵰英雄傳>, Chun Wong neve潤became a big star, but within the television industry, he was always respected as the big brother.

“TVB was like my own little universe,” he said. “It was my family. From the moment I stepped into the gate, I already became familiar with everyone. They never treated me as a bit actor. Everyone took great care of me.”

For Chun Wong, he chose to stay with TVB not for the money, but for the people.

In the past four decades, Chun Wong had witnessed the “Uncle Six” Run Run Shaw (邵逸夫) era, the “Mrs. Six” Mona Fong (方夢華) era, and the Charles Chan (陳國強) era of TVB leadership. Each era posed new challenges and changes for TVB. Reflecting on his three-decade career at TVB, Chun Wong can’t help but to acknowledge how much TVB has changed.

“Everything’s different now,” he said. “Uncle Six was very frugal, and even more so during the Mrs. Six era. I remember a time when elevators would shut down after midnight, and I’d have to walk several flights just to get food. We weren’t allowed to use more than a few squares of toilet paper. Could that really help the company save more money? But I don’t remember TVB ever losing money. It’s a completely different world now.” 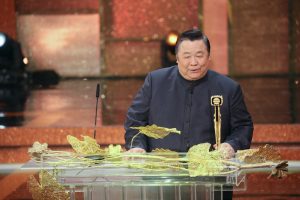 Chun Wong described the TVB today as more of a business than a family. With the onslaught of competition from other Asian TV markets, TVB has come to realize that it has to choose either business or culture. Once you choose to move forward, it would be hard to go back to how things were like before.

“The TV industry is a culture,” said Chun Wong. “It’s important to maintain both. I remember back in the day, one of us would prepare a table at the cafeteria where we would all hang out together after work. Nowadays, once work ends, everyone just leaves. It’s not that it doesn’t happen. Just not as often.”

Chun Wong has seen the rise and fall of many popular stars, but one of his most unforgettable costars was the late Barbara Yung (翁美玲), best known for her portrayal as Huang Rong in 1983’s Legend of the Condor Heroes. On May 14, 1985, 26-year-old Barbara committed suicide by inhaling gas in her home. Chun Wong remembered seeing Barbara two days prior, sitting alone on the stairs and crying.

“I don’t remember what show she was doing at the time,” he said. “But when a young lady gets that stressed, often times it’s because of relationships. There’s nothing I could’ve done, but I didn’t expect it to end like that.” 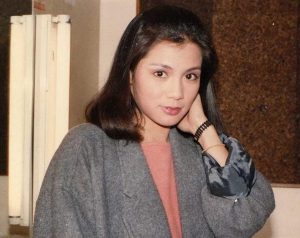 Chun Wong and Barbara had a close mentor-student relationship. She often confided to Chun Wong on everything. Chun Wong recalled even scolding Barbara during the middle of work. “I remember we were working in Genting, and she came to visit me. I just scolded her in front of everyone. She played a cop in a drama, and she was horrible in it. She was very willing to listen to me.”

He still remembered what he was doing when he first heard of Barbara’s death. He was in the middle of filming Destined to Rebel <薛刚反唐>. Another actor ran on set and screamed, “Barbara Yung is dead!” Chun Wong thought he was joking at the time, but when he realized it was the truth, Chun Wong managed to find his own peace of mind.

“Everyone comes and goes at different stages. It can’t be helped. Many of my old friends have passed in just the last two years alone, like Benny Chan (陳木勝). I think I’m numb to it now.”