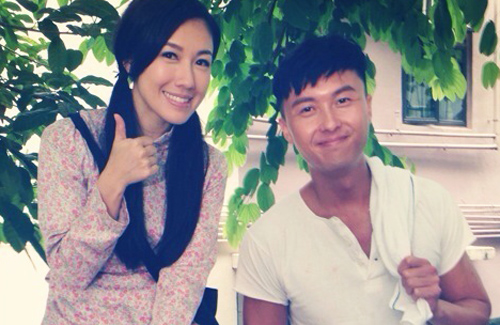 July 7 was Vincent’s 31st birthday and to celebrate the occasion, he revealed that he had a quiet dinner with his wife, Yoyo Chen (陳自瑤). Vincent said, “She cooked for me and her cooking is actually really good – it’s able to satisfy my stomach.” Since their daughter is about to start school and the couple hopes to save money, Vincent told Yoyo that there was no need for birthday presents. Vincent also joked that he needed to cut down on food and spending for his birthday.

Although he and Yoyo want a second child, this is a crucial time for Vincent to work. Due to his workload, Vincent has little time to spend with his daughter, who is sometimes unable to recognize him when he returns home, much to his chagrin.

Also taking part in A Ghost Story in Every City is Helena Law. TVB is known for having poor work ethics, but when probed about whether or not she has sufficient rest time, Helena defended the station. She disclosed that she does not mind, and that it is normal to film in the early mornings and late at night.