Who is the Father of Pauline Chan’s Son? 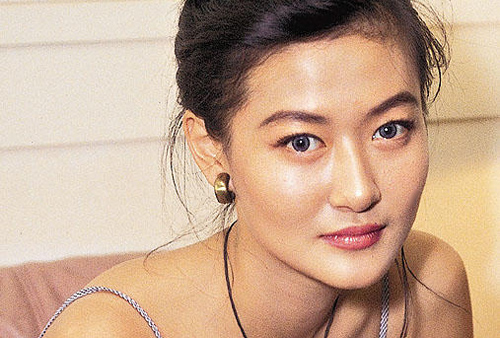 When late Hong Kong actress, Pauline Chan (陳寶蓮), committed suicide by jumping from the window of her Shanghai apartment in 2002, she left behind a 15-week old son. For years, the media could not figure out who the father was, until recently. Now at 10 years old, Pauline’s son is beginning to resemble more and more like the late Taiwanese tycoon, Huang Jen Chung (黃任中).

Huang Jen Chung is the Father? In 1992, Pauline met Taiwanese tycoon Huang Jen Chung, who was 33 years her senior. When Pauline was rumored to be the third party in Huang’s marriage, Huang stepped up to defend her and explained that Pauline was just his goddaughter.

However, Huang and Pauline’s intimate behaviors were eventually exposed by the media. Huang later had to clarify that he and Pauline “had slept on the same bed over 50 times, but nothing sexual happened.”

In the late 1990s, Pauline had a career meltdown and took a habit on taking drugs and frequenting nightclubs. It was reported that Huang was very heartbroken of her behavior, and decided to send her to Great Britain for college, hoping to “tame her fire.” However, Pauline dropped out of school due to academic probation, and spent all of her money on other commodities. This angered Huang, and he decided to end their relationship.

In 1999, Pauline went to Taiwan to beg Huang to get back with her, but he refused. Pauline jumped to her death on July 31, 2002, from her 24th floor apartment window. She was 29 years old. Pauline left a suicide note, which mentioned postpartum depression as a reason for taking her own life, and gave her blessings to Huang. She also asked everyone to seek her son’s father. Huang was devastated by Pauline’s death, and in a 2002 interview with the Taiwanese media, he admitted that he had been sleeping every night with a portrait of Pauline placed on his bedside drawer. Huang passed away in February 2004 following a long battle with diabetes. He was 64 years old.

Pauline’s son was adopted by Faye Wong’s (王菲) manager, Huan Jie (寬姐), who had known Pauline for over ten years. After her death, Huan Jie immediately adopted the 15-month-old boy, allowing the infant to survive under the odds and grow up with maternal love. Huan Jie took great care of him throughout the years.

Since Pauline’s son was born prematurely, he was often sick, and when he was a few years old, he was contracted with serious pneumonia. Huan Jie went to great lengths to provide for her son’s medical fees. Allegedly, Faye Wong also helped out in the medical costs, and provided for his educational costs as well.

Recent reports indicated that Pauline’ son does do not do very well at school, and is slightly rebellious. Huan Jie once posted on her Weibo, “Today, my son skipped school but was discovered by his teacher. She took him back and asked him for an explanation.” Her son’s witty response to the teacher’s question was, “Mom didn’t have time to eat breakfast with me this morning. She also didn’t say that I have to behave well today.”

The single Huan Jie is also the manager of Taiwanese actress, Cheryl Yang (楊謹華), singer Faith Yang (楊乃文), and a prominent film and concert investor. As a result, Huan Jie has little time to spend with her son. However, she will often bring her son to concerts and film premiere events, and will try to free her weekend schedules so she can spend more time with him.

25 comments to Who is the Father of Pauline Chan’s Son?