Who Was Behind Roger Kwok’s Kidnapping in “Dead Wrong”? 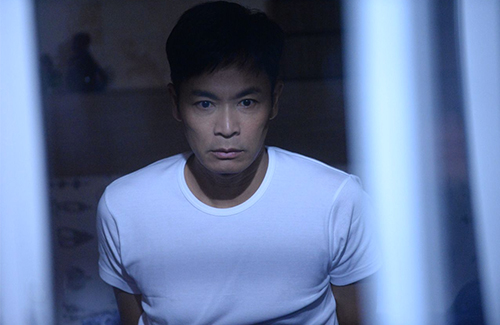 A Fist Within Four Walls <城寨英雄> has strong competition. Netizens are now sweeping discussion forums with their thoughts and feelings after watching TVB anniversary drama Dead Wrong <致命復活>, which premiered last Sunday. Despite its low debut of only 1.36 million viewers (at 21.1 points), thousands of more viewers are tuning in by the day.

The Lam Chi-wah (林志華) drama stars Roger Kwok (郭晉安) as Vincent Wai Yat-sing, a business consultant, who was imprisoned for ten years in an abandoned island in Vietnam. He escapes and returns to Hong Kong, only to find that his life could no longer be the same as before. The drama costars Joey Meng (萬綺雯), Kenny Wong (黃德斌), Vincent Wong (王浩信), and Rebecca Zhu (朱晨麗).

The first two episodes were aired back-to-back on Sunday night, November 20. The episodes centered on Vincent’s kidnapping, his wife’s attempts to find him, as well as his subsequent escape ten years later.

While it appeared on the surface that Vincent’s kidnapping was due to a mishandling of a client’s case, later episodes that aired this week have shown that there was more to Vincent’s case than it meets the eye.

Two theories have been circulating around the web in regards to Vincent’s kidnapping. The first one centers on Vincent’s wife Cathy (Joey Meng) and close friend Ho-yan (Kenny Wong), whom she later remarries. The theory says Cathy discovered Vincent’s illicit one-time affair with his secretary Ivy (Toby Chan 陳庭欣), and hired a gang to kidnap him. Another theory points at Vincent himself, that he had planned his own kidnapping for an unknown reason.

There are still about 20 episodes left to see if any of these theories hold true.

After the broadcast of the first two episodes, Roger left a message of gratitude to his fans on Weibo, writing, “I’ve received your support and encouragement! Even if it’s criticism, I’ll read it. Thank you! There are still 22 episodes left for you to enjoy! Signed, Wai Yat-sing.”

17 comments to Who Was Behind Roger Kwok’s Kidnapping in “Dead Wrong”?