On March 30th, Chinese actor William Feng (冯绍峰) attended his first event following the birth of his newborn in ChengDu. After William and actress Zanilia Zhao (赵丽颖) announced their sudden marriage last October and shocked the entire entertainment circle, the two has been inseparable since. Now that Zanilia is following the Chinese tradition of sitting the month after giving birth and unable to leave the house, William is back out and working again to make money for the baby formula. However, it appears William put on some happy weight since the last time we saw him.

At the event, William wore a beige suit coupled with a pair of white sneakers. He was dressed very nicely and seemed to be very active and in good spirits the entire time. Smiling the whole time, he also looked rounder than before. When he sat on the sofa and looked into the camera, his face was full of oil, resembling a middle-aged greasy man. It’s hard not to wonder if the new dad has been stealing Zanilia’s postnatal meals or if it’s just a problem with the lighting and angle.

The couple welcomed the arrival of their baby boy on March 8thand only announced Zanilia’s pregnancy on January 1st, a few months after confirming their marriage. While it’s a happy occasion, the couple denied the pregnancy speculations since August of last year, angering fans for repeatedly lying. 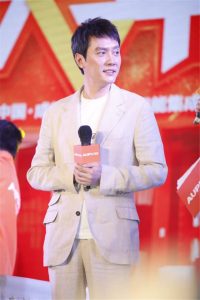 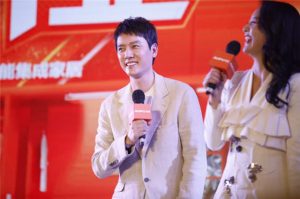 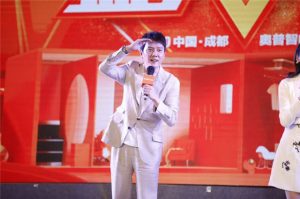