Starring Xiao Zhan (肖战) and Ren Min (任敏), Chinese drama The Last Promise <玉骨遥> has recently wrapped up filming on August 4, and it is already gearing up immense buzz with its 2022 release date.

When its teaser trailer was unveiled last month, it reached over 10 million views in a single day. To keep the momentum going, the production team treated fans by releasing Xiao Zhan’s character stills.

Adapted from popular novel Mirror: Zhu Yan <朱颜>, the story follows a master-disciple relationship between royal prince Shi Ying (Xiao Zhan) and the Chi tribe princess Zhu Yan (Ren Min). While the two are attracted to each other, they suppress their feelings for each other due to their political differences.

In the released character stills, Xiao Zhan looks majestic dressed in white as he walks up the stairs while carrying an umbrella. Against the picturesque background, netizens praised the actor for his charismatic demeanor that is reminiscent of Xiao Zhan’s character in 2019’s drama The Untamed <陈情令>.

Xiao Zhan further teased his fans by sharing additional behind-the-scene photos on his personal social media page along with his thoughts on his character on his last day of filming: “You always say, ‘Victory is in your hand.’ I appreciate your persistence and your character.”

Many netizens who saw Xiao Zhan’s behind-the-scene photos praised the actor for his dedication. As fans patiently wait for the drama’s release, they are hopeful that the drama will have good ratings and reviews. 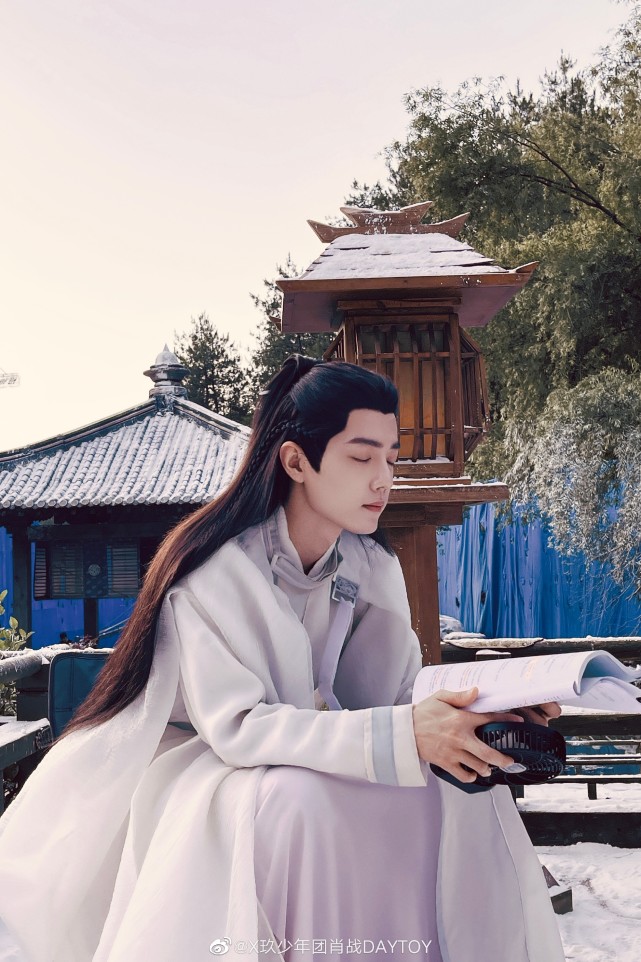