Xu Kai Responds to Fans Who Say He Can’t Spell 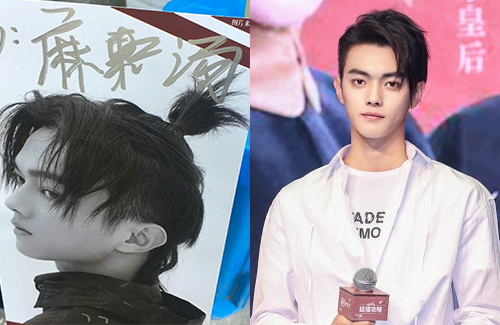 Story of Yanxi Palace <延禧攻略> star Xu Kai (许凯) shoots back at netizens who are calling him illiterate.

Recently, a fan known as “Malatang” (麻辣烫) shared online that she met Xu Kai at a fan signing, but when it was her turn to introduce herself and get a signature, Xu Kai hesitated for a long minute before writing down her name. Instead of writing “hot” (烫; tang), Xu Kai wrote  “soup” (汤; tang), and his character for “spicy” (辣; la) was indiscernible.

Fans found the mistake hilarious, joking, “What kind of genius?” Other fans said they found the mistake cute and endearing. However, there were netizens who used this opportunity to fuel more hate. One commented, “I don’t understand what’s so funny here. I can’t believe a guy as illiterate as him has fans.” Another harshly said, “Is he ready to get disability?” One said, “It’s scary. Although I found Fuheng [Xu Kai’s role in Yanxi Palace] handsome, I think people like him should be shut down. If even an illiterate can earn big money and get popular, then this world is hopeless.”

Xu Kai responded to the comments by sharing that he had “punished” himself to correctly write Malatang over and over again. 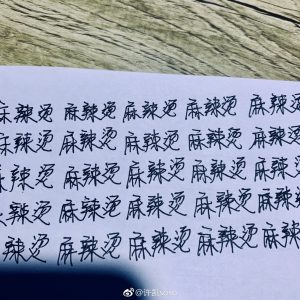