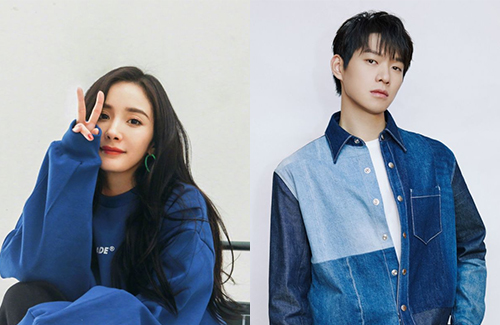 Dating rumors between Yang Mi (杨幂) and Wei Daxun (魏大勋) have been firing up the internet, but despite the string of evidence pointing at a likely romance, both parties have stayed quiet.

Which does nothing to help calm down the speculations and rumors, because Yang Mi fans are now openly voicing out their disappointment with their idol’s actions.

Reportedly, some fans on Weibo have changed their profile picture to a black image, professing their disappointing in Yang Mi and demanding answers. The topic “Yang Mi please truthfully face your fans” has become a popular topic, and some Wei Daxun fans are even threatening to leave the fandom if he doesn’t clarify the rumors soon.

33-year-old Yang Mi and 30-year-old Wei Daxun became close friends after collaborating in the Chinese variety show Great Escape <密室大逃脱>. Their dating rumors first came about in August 2019 when paparazzi spotted Daxun hanging out with a woman who resembled Yang Mi. Daxun, who was the first Chinese actor signed by K-pop agency JYP Entertainment, had said the actress was his idol when he first debuted.

Earlier this week, Daxun was discovered to have spent a night at a hotel which Yang Mi was staying at. They were seen entering the lobby at different times.

Yang Mi has one daughter with ex-husband Hawick Lau (劉愷威), who she was married to for four years before splitting in December 2018.