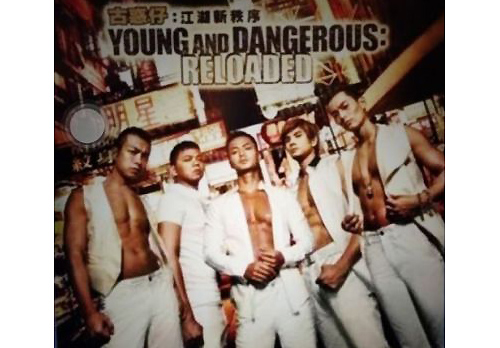 The 1990s classic film franchise, Young and Dangerous, was based on a popular comic series and chronicled the adventures of triads in Mongkok. Ekin Cheng’s (鄭伊健) iconic triad leader role, “Chan Ho Nam” will be portrayed by Him Law in the remake. In his casting choices, producer Wong Jing admitted that he wished to cast several musclemen to add more excitement.

Casting choices aside, the exposure of the concept poster for Young and Dangerous: Reloaded has already aroused criticism. With the male cast’s open shirts and huddling close to each other, netizens felt that the poster looked “gay”. Others complained, “Triad members do not have such large muscles! In real life, they are all spare-rib thin!”

70 comments to “Young and Dangerous: Reloaded” Poster Criticized as Gay