Known for his outspoken remarks and critiques, Mainland Chinese producer Yu Zheng (于正) has once again ignited a round of criticisms from netizens when he dissed Taiwanese actress Michelle Chen (陳妍希) in his recent posts.

It all started when Chinese actress Angelababy (楊穎) uploaded a photo of her dressed up as Little Dragon Girl in a white, fairy-like costume for a variety show appearance. The photo garnered attention, including Yu Zheng’s, who reposted it and wrote, “If you didn’t fall sick at that time and came to film for my drama The Romance of the Condor Heroes <神鵰俠侶>, then I wouldn’t have been mocked by everyone. It is the biggest regret of my life!” 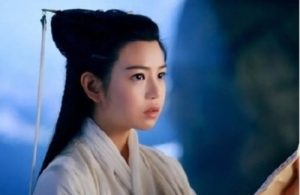 Yu Zheng had readapted Jin Yong’s classic wuxia novel Return of the Condor Heroes <神鵰俠侶> into a Mainland Chinese version in 2014. It starred Michelle as Little Dragon Girl and her now-husband Chen Xiao (陈晓) played Yang Guo. At that time, Michelle was harshly criticized by viewers for her round-like dumpling face. They even nicknamed her “Xiao Long Bao,” a steamed soup dumpling. Controversial Hong Kong filmmaker Wong Jing (王晶) also joined in on the criticizing when he commented, “If I was Yang Guo, then I would marry Guo Fu, have Lu Wushang as my mistress, and hire Little Dragon Girl to look after my kids.” 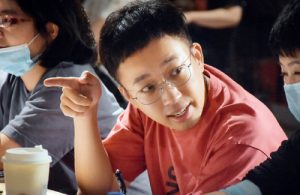 Amidst the harsh comments, Yu Zheng defended Michelle by showing great support and confidence in the casting of Michelle. He expressed that he was “100 percent happy with the results.”

Hence, Yu Zheng’s indirect diss to Michelle via the recent Angelababy post angered netizens, and Michelle’s fans criticized him for being a two-faced jerk. Although he swiftly deleted the post, screenshots of his post mass circulated. Netizens left comments like, “So old already and still so dramatic. Did you even think of Michelle’s feelings?” and “I remembered that he supported Michelle for the drama, so what’s with this two-face display?”

In response to the criticism, Yu Zheng wrote, “I’m just expressing my regret for a bit. I had no intention to diss anyone, but who doesn’t enjoy seeing such beauty? Is it wrong to feel emotional? Seriously, I’ll try to keep my mouth shut from now on. But I don’t think I can do it, so I’ll just stay quiet for the moment now.” 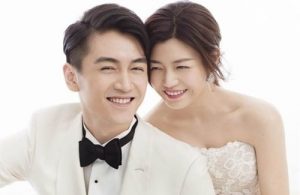 However, the producer had trouble keeping his silence, and his messages in the fan discussion group were revealed. He admitted that his comments indirectly harmed Michelle, but he justified it by emphasizing that he gifted her a husband. “She shouldn’t be this petty since I gave her a husband and a chance to become popular, right?” he asked.

His retorts inevitably infuriated fans, but he added even more oil to the fire and said, “Besides, I even allowed her to become the hottest search! Hahahahaha.”

Michelle’s fans instantly came to their idol’s defense and expressed that she was already successful before filming The Romance of Condor Heroes. Instead, they blamed the black demon costume look and “Xiao Long Bao” nickname for dragging down Michelle’s career. 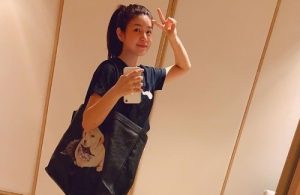 Yet, despite the chaos online, the actress remained unfazed. She looked like she was in good spirits when she posted a photo of her outfit of the day, in which she flashed a smile.