Zheng Shuang Admits That She’s Acting for the Money 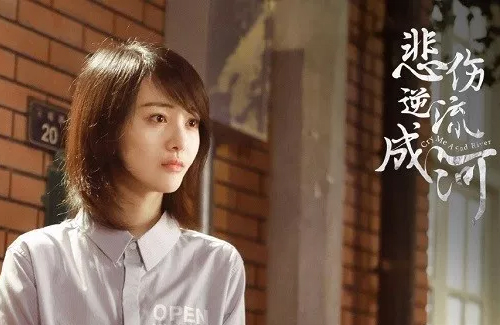 With her bluntness and straightforward personality, Zheng Shuang 郑爽) has always been a rather controversial star. The controversy that surrounds her is also one of the reasons why the 27-year-old has remained popular since debuting in 2009 with Meteor Shower <一起来看流星雨>.

In a recent interview, the River Flows to You <流淌的美好时光> actress shared her feelings on what it means to be a celebrity, and confessed that she would rather be a social media star than an actress—if only being a social media star would make more money.

“If becoming an Internet star would make enough money, I would considering giving up acting,” she said. “I think it’s mainly because I find my life to be a little more meaningful than acting.”

The actress continued, “When I’m acting, I’m not really the type who would try to regulate my emotions all the time. I guess you can say I’m not very comfortable when I’m acting. When I’m not acting, I feel my life is much better.”

Receiving invitations to attend the Beijing Film Academy, the Shanghai Theatre Academy, and The Central Academy of Drama after high school, Zheng Shuang’s acting career formally started in 2009, when she was chosen to play the lead role in Meteor Shower, an idol drama inspired by Meteor Garden <流星花園>. Zheng Shuang rose to fame quickly, was the youngest actress to be nominated for a Golden Eagle award for Best Actress, and is regarded as one of the four top dan actress of the post 90s generation.

She is currently starring in River Flows to You alongside Ma Tianyu (马天宇).