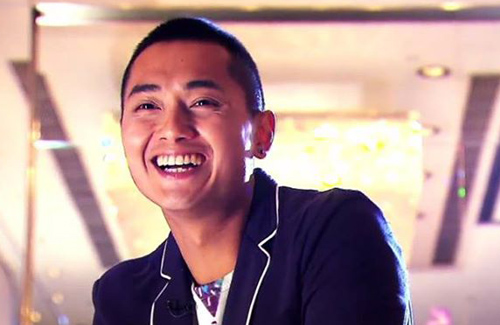 Although he achieved nearly perfect marks on his performances in the singing competition Voice of Stars <星夢傳奇>, overnight sensation Fred Cheng (鄭俊弘) proclaimed that he has a certain degree of “competition phobia.”

“I joined several singing competitions and wushu competitions when I was still in school,” revealed Fred. “Before the big day, I would not be able to fall asleep and I would be throwing up in the toilet all night.” Did Fred lose all of his energy from vomiting? “No! I would still be very lively!”

Fred expressed that it was his family who influenced his love for music. “My family played in a band. My parents forced me to learn the piano when I was really young, but I was really not interested. When I was in sixth grade, my school required us to learn an instrument. My uncle and I formed a band then, and he told me to learn the guitar. I still love playing the guitar to this day.”

The 29-year-old Fred was first noticed by TVB after winning second place in the TVB New Talent Singing Awards in 2001. Though TVB never gave the opportunity for Fred to show off his musical talents, Fred never gave up on perfecting his craft. In 2008, he and a group of friends formed the band Home, and they often played in bars. The band played for free most of the time.

Having just completed the shooting of the third episode of Voice of Stars, Fred said that he could not reveal too much information about the recording. “[TVB] wants secrecy!” But Oscar Leung (梁烈唯) talked about it on his Weibo? “He was completing his drama shooting so he did not hear the briefing.”

As for the rumors that Universal Music Group is interested in signing him into their label, Fred said that no one has approached him yet, and he will wait for TVB’s arrangements.