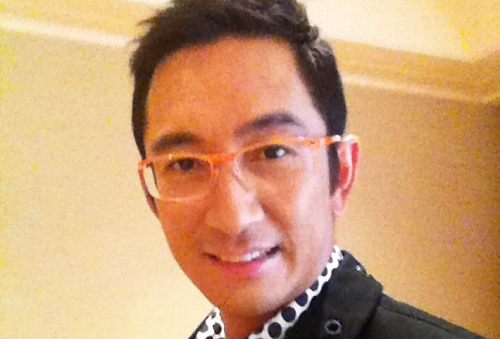 TVB’s upcoming television drama on the Hong Kong Correctional Services, temporarily titled The Battle of Tomorrow <再戰明天>, has begun filming for its 2014 sales presentation trailer, which will be unveiled next month. Appearing on the set of the crime drama yesterday, Kate Tsui (徐子珊) is the latest addition to the cast of The Battle of Tomorrow, which also stars Lawrence Ng (吳啟華), Joyce Tang (滕麗名), Cheung Kwok Keung (張國強), and Nathan Ngai (魏焌皓).

Kate revealed that she will be portraying Lawrence’s youthful colleague, who is about 20 years his junior. The onscreen pair will also be involved in a May-December romance in the series, but Lawrence’s character has difficulty accepting their large age gap.

Kate also prefers dating older men, but she stressed that proper communication is what makes a relationship last. “I can accept someone who is within a 15-year range, but it’s all about the communication,” she said.

No Confidence for TV Queen

With only two months away from TVB’s annual television awards, speculations are heating up over nomination predictions. Though Kate is speculated by netizens to be in the running for Best Actress, Kate admitted that she has no confidence in winning the TV Queen, since her 2013 dramas, Season of Love <戀愛季節> and Sniper Standoff <神鎗狙擊>, were not critically successful. She also added that her role in Dayo Wong’s (黃子華) upcoming comedy Bounty Lady <My盛Lady>, which will premiere two weeks before the awards, may affect her image with the audience as the character is “just for laughs.”

Lawrence Ng also echoed Kate’s lack of confidence in his own chances at the 2013 Anniversary Awards. acknowledged Kate’s lack of confidence and expressed that he too does not expect to win any awards this coming December. Though Lawrence receives top billing in upcoming anniversary drama The Hippocratic Crush 2 <On Call 36小時II>, costarring with Kenneth Ma (馬國明) and Tavia Yeung (楊怡), Lawrence disclosed that he does not have much screen time in the series. He said, “If I do get nominated, that’s just luck.”