Louisa So Considers “Rear Mirror” As Her Representative Work 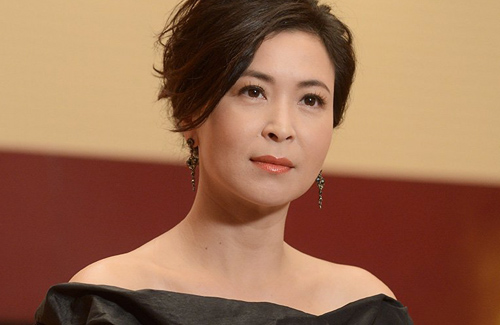 TVB’s Rear Mirror <載得有情人> is only a small production, but lead star Louisa So (蘇玉華) said she is very proud of the series, even calling it her representative work.

Rear Mirror features a touching story between a career woman (Louisa So) and her chauffer (Wayne Lai). Though it has been 15 years since Louisa and Wayne last filmed a series together, the chemistry between them is strong and crisp despite the lack of intimate scenes.

“When I first worked with Wayne in Anti-Crime Squad <反黑先鋒>, I already felt how serious he was towards his work. Of course, this still hasn’t changed! He is still as invested and hardworking. It’s not our first time working as a couple together, but we have great understanding of each other.”

Louisa enjoyed filming Rear Mirror immensely. Aside from the good cast, production was also very thorough. “IAll my costars are wonderful. Most important of all, I received the script before filming began. I was able to have more time to prepare for my role. That’s very important for actors.”

Rear Mirror does not feature a dramatic plot, but the love story between Louisa and Wayne is touching. Louisa praised the script, “It’s very well-written. Although the story seems rather light, it is emotionally attentive and touching. Wayne and I do not have any intimate scenes together. In the end, we filmed a scene where we held hands while walking along the beach, but the producer decided to cut it as it didn’t fit in. Even so, our relationship in the series can be felt. Out of all the dramas that I’ve filmed, Rear Mirror is one of my favorites.”

Since its airing date in mid-August, Rear Mirror’s ratings have peaked at 31 ratings points. Its finale will air on September 5, 2014.