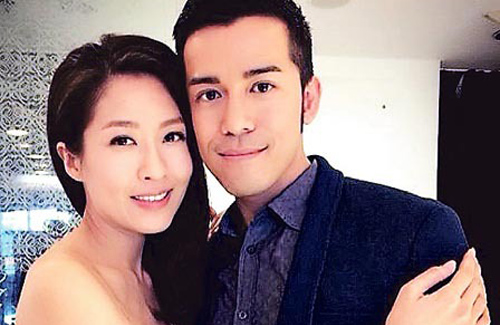 Despite earlier reports that he will replace Sammy Leung (森美) in TVB’s crime thriller The Apostle <使徒行者>, Joe Ma (馬德鐘) said it is unlikely to happen.

The Apostle has suffered numerous casting changes since it was announced last year. Initially drafted as a television comeback for film king Tony Leung Ka Fai (梁家輝), the series was later revised when Tony withdrew from production due to an injury. Lead actress Charmaine Sheh (佘詩曼) also had a health scare that nearly prevented her from joining the cast. Suffering from a herniated spinal disc, Charmaine has been very diligent with physical therapy and luckily recovered in time to participate in the series.

This week, Sammy Leung announced that he will be leaving the cast as well over health reasons. Working multiple jobs in television and radio, Sammy succumbed to the stress and decided to take time off to heal. Originally set to reunite with his Friendly Fire <法網狙擊> co-star Sharon Chan (陳敏之) as an on-screen couple, Sammy will have to give up the opportunity and rumors alleged that Joe Ma is to take his place.

However, when asked, Joe said that the deal did not work out because he was not a good fit. “I’ve read the script. It was very well-written, but the character doesn’t seem to suit me so I couldn’t accept the job.”

Producer Man Wai Hung (文偉鴻) seems to agree, saying that Sammy Sum (沈震軒), who also stars in the drama, is a more suitable candidate. Sammy Sum will reportedly be re-cast as Sharon’s love interest while the production team scrambles to fill his original role.