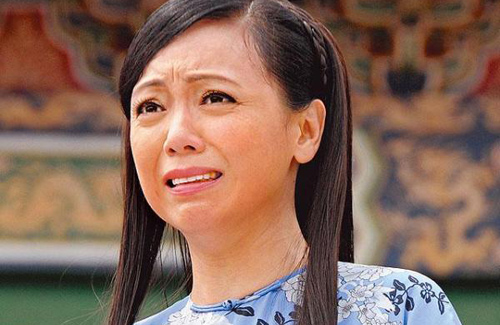 As ratings for Beauty at War <金枝慾孽(貳)> plunged to a new low of 18 points, many began pointing fingers over the failure of this once highly anticipated series. Earlier, Sheren Tang (鄧萃雯) made a strong stand against poor practices on set. Sheren criticized the lack of a timely, completed script. This week, mainland reporters caught up with Beauty at War script editor Chow Yuk Ming (周旭明) regarding Sheren’s complaints. The former TVB scriptwriter described his frequent script changes as a “bad habit”, and revealed his regrets over filming the ailing sequel.
During the interview, reporters asked Chow about his late and incomplete scripts. Chow summed it up as a bad habit. “Writers usually have this habit. Journalists, novelists, TV scriptwriters all have this bad habit. Mine is particularly bad. I couldn’t change [the habit] before I turned 30, so I will probably carry it to my grave.”
Chow Yuk Ming: “The Ship is About to Sink”
Regarding Sheren’s frustrations, Chow commented: “Typically I would have the script ready for [Sheren] only two days prior to a shoot. Sometimes only one day before. The situation was worse while we were shooting War and Beauty <金枝慾孽>…. Sheren was mistaken, let me freshen up her memory. I have been editing my scripts on the fly since filming The Criminal Investigator <O記實錄>. Felix Wong (黃日華) really hated me because of it. Of course I know this is very frustrating for the cast and crew, but I haven’t changed in all of these years. In the past two years however I have done this less frequently, or at least do it earlier. Sometimes I feel pessimistic and think, the ship is about to sink, some people would rather play mouse and be the first to escape….”
Chow then defended himself, assuring that the cast had sufficient information to do their jobs. “It is true that I was unable to provide the cast with a completed script. However everyone has a copy of the completed scene synopsis and a completed rough draft of the script. The rough draft was not put together by some newly hired scriptwriter. We [seriously] edited and processed it.”
When reporters mentioned that Sheren seemed to be the only actor who spoke out against his tardy habit, Chow took responsibility and seemed apologetic. “I definitely have some issues. I was really wasting [the actors’] time.” Chow shared that while he did not expect Beauty at War to do as well as its predecessor, he was truly surprised by such low ratings. He feels that the audience is more bored than confused, and admitted that he had once regretted writing this sequel.
Sheren’s Angry Response
Sheren seemed upset about Chow’s implications with his sinking ship analogy. The actress returned fire via Weibo on today. “I am nothing special and I have nothing to lose, so I am not worried if the ship will sink. You are mistaken. Human nature is not as bad as you think. We must take responsibility once we board the ship. I became ill in the middle of filming, but I persevered to avoid damaging morale. If you want to behave immaturely, not giving a care to the cast and crew’s need for time to prepare, then you must also be responsible for the consequences! We all want to do a good job, not just you! We simply need to admit to our failures together!”
Sources: Apple Daily, Apple Daily
This article is written by Katrine for JayneStars.com.