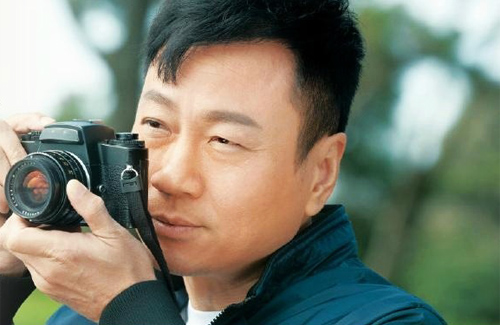 TVB’s upcoming drama Rear Mirror <載得有情人>, produced by Fong Chun Chiu (方駿釗), is a small, intimate production that can make viewers ponder. It stars Louisa So (蘇玉華) as Anson, a career woman who spends her days dealing with snarky stepmothers at home and manipulative businessmen at work. Leading an extremely stressful life, she manages makes peace with her mind when she meets the struggling single father Sunday (Wayne Lai 黎耀祥), who becomes her personal chauffer.

Enemies are in every corner for Anson, who succeeds her father as the CEO of a multi corporation. Her colleagues envy her powerful position in the company and her boyfriend, portrayed by Geoffrey Wong (黃子雄), also ends up breaking up with her. However, fate takes her to meet Sunday, a mini bus driver, who pities on her situation. They soon become close friends and despite their different backgrounds, they immediately find their connection, a selfless love that transcends romance.

Parting ways with his heroic roles of the past, Wayne said his role, Sunday, is a new style for him. Though it has been over ten years since Wayne and Louisa last collaborated in a production, the veteran actors immediately found their chemistry when the cameras rolled. “Maybe that’s because we’ve now become more mature and have had more experience,” said Louisa. She praised Wayne’s acting and said filming the series had been very enjoyable.