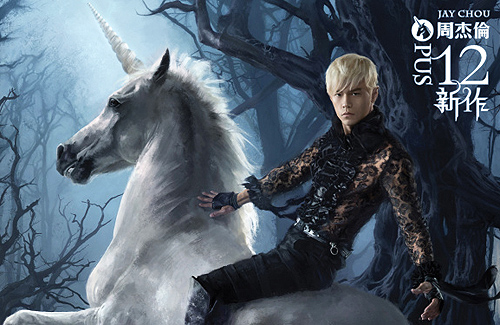 So what does one expect to read about in a Jay Chou (周杰倫) music album review? There is no need to praise the singer’s talent in music making. This is a given since day one. Maybe a critique on his dancing? Again, this is already a given. The guy can dance. Maybe an in-depth review of his music videos? Nah. We all know that Jay Chou makes some of the most interesting and entertaining music videos in the Chinese music industry.

Because I did not enjoy Jay Chou’s last two albums, I thought he could only go downhill from there. Maybe my music tastes have changed, or maybe I’ve just become more open-minded, but I was pleasantly surprised at how much I enjoyed listening to his Opus 12 album. Opus 12’s hilarious music videos are definitely a big factor to my enjoyment of the album.

Opus 12 did not have many catchy or sing-a-long songs, but extra brownie points must be given for the original compositions heard in “Gong Gong with a Headache” <公公偏頭痛> and “A Larger Cello” <比較大的大提琴>. Also, I highly recommend their music videos as well. It is not very easy to come upon a smiling Jay Chou! However, my most favorite track in the album is the last one, “Ukulele” <烏克麗麗>. The song has elements of country pop, with a simple melody, and a sweet light-hearted rhythm. It is the kind of song to listen to after coming home from a stressful day of work.

The downside of Opus 12 is the ballads. Jay Chou, bless him, just cannot sing ballads. His voice is too weak to carry the melodic and dramatic tones of a ballad.

“Gong Gong With a Headache” <公公偏頭痛>

Other Tracks in Album: