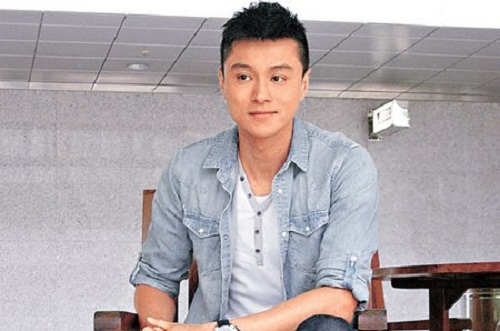 Normally portraying straightforward  and righteous roles, Raymond Wong’s (黃浩然) breakthrough can be observed in TVB new series, Bottled Passion <我的如意狼君>, in which he toys mercilessly with female hearts. Through this gray character bordering between evil and good, Raymond hoped to change his career path in acting.

Noting that his role in Bottled Passion was a big challenge, Raymond said, “Many scenes are quite romantic; however, I morph into another person revealing my dark motives in scenes that follow. I want to portray villains, as I have acted too many righteous characters in the past. Last year, my roles as filial and good characters were well received. Since my image is accepted by the audience, I can try to change the type of characters I play.”

The audience was able to feel that Raymond Wong pushed his limits as the cruel anti-hero in Bottled Passion. Asked whether he was concerned that his good image will be destroyed, Raymond said, “No, I am unafraid since it is only acting. In addition, the audience has already accepted me. I portrayed an uncouth character in When Lanes Merge <情越雙白線>, in which I  ultimately changed for the better. This is similar to my role in Bottled Passion. The character is quite tragic, eliciting a profound effect; the audience enjoys watching it.” Raymond revealed that Bottled Passion’s script editor was a woman, thus the story focused on women and depicted the female perspective on men.

Despite impressing women in Bottled Passion, Raymond said that he was unromantic in real life. Due to his hectic work schedule, he did not spend too much time with his wife. Regarding Benny Chan (陳浩民and Joe Ma’s (馬德鐘 drunken kisses with Rose Chan (陳嘉恒) earlier in Hengdian, China, it was noted that Raymond had frequently traveled there in the past to film movies. Was his wife worried at the time? Raymond replied, “Since we have been together for 10 years, my wife is not worried. We met at work. During filming, I will not drink and or go out after hours.” Jayne: IMO, Gallen Lo has always been my favorite actor in anti-hero roles. Raymond Wong’s character in Bottled Passion reminds me of Gallen Lo in Ambition <孽吻>, in which all the women fall for Gallen and he cruelly uses their love to this advantage.