Alice Chan on Rediscovering Herself 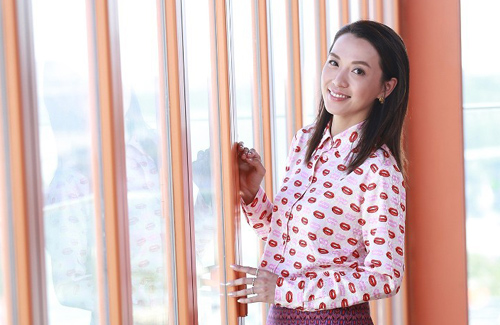 Alice Chan’s (陳煒) acting chops have never been at question. Currently at TVB, Alice is once again proving that she is a skilled actress and can convincingly portray a variety of roles. Although she has been nominated multiple times for the TVB Anniversary Awards, she has not yet pocketed a Best Actress win. Despite this, Alice is often deemed as the “People’s Best Actress” due to public recognition of her solid acting skills.

The 46-year-old actress’ most current project, Wonder Women <多功能老婆>, has yet again brought her to the spotlight. In the drama, she paired up with Jonathan Wong (王梓軒) as a couple. Although Alice is 13 years older than Jonathan in real life, the audience finds their pairing in the drama to be refreshing. She shared, “Jonathan’s character is considered a catch, but he falls in love with me at first sight. My logical side believes that this relationship is impossible, so he uses all sorts of tactics to get me to open up to him. The relationship can be summed up as me sitting there and enjoying the ride.”

Similar to her character in Wonder Women, Alice is also not a hopeless romantic. After she and businessman James Yen (顏志行) divorced in 2012, Alice suffered through a period of denial and depression. She kept her divorce a secret for five years. “After he spoke to me and said he wanted to break up with me, I understood where he was coming from, but I could not come to terms with it. So I used work to numb myself. Because I had too much work, I never gave myself time to deal with the situation. This is a harmful way of reacting to the issues.”

While married to James, Alice unofficially retired from on-screen work and moved to Thailand, where James’ business was located. Going from the exciting limelight of the entertainment industry to a slow-paced life in Thailand, Alice recalled, “Every day, all I did was think about what to make, go to the grocery store, and cook. At first, I didn’t have any friends at all! It wasn’t until later that I met a fan of mine that I had someone to talk to and befriend. I didn’t know how I got through those days.” 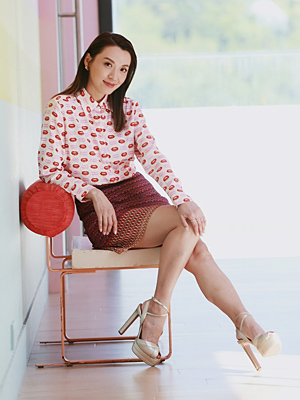 Although Alice was able to re-establish her career after the divorce, she now prioritizes her personal life and relationships more. Currently dating Aldous Chan (陳國強), who is a doctor, it was reported that Alice took a small hiatus from work in order to plan the couple’s move-in. Reflecting on her relationship with Aldous, Alice said, “Personally, I am not one to gossip or talk a lot. Even when I film with my coworkers, I don’t have a lot of interaction outside of work with my male colleagues. My life involves going to work and getting off from work, so there isn’t anything special to share or discuss.” However, Aldous is a very attentive person, who encouraged Alice to open up and share more.

Learning from her previous divorce, Alice has matured in her perspective. She understands that a relationship will not work if one side is doing all the giving. The most important thing to a successful and happy relationship is communication. “I will let nature take its course! He has a very routine day-to-day schedule, so we have a very stable time to see each other. I will continue to work no matter what.”

Alice Chan Reveals How Her Marriage Broke Down