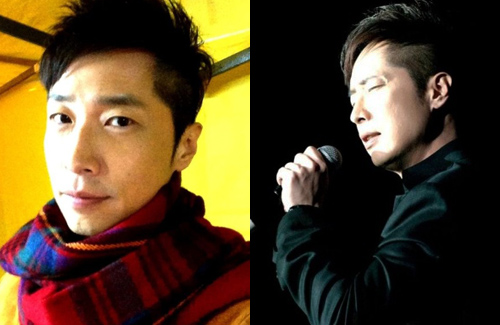 It was for the better that Steven Ma (馬浚偉) left TVB. Now free from the clutches of TVB’s controlling upper management, Steven was able to branch out and explore the large markets outside of Hong Kong’s tight television industry. From establishing his own production studio to investing in a tutoring school, Steven can now let out a sigh of relief – he is finally leading a successful life and pursuing his dreams.

After filming mainland television dramas Legend of the Yuan Empire Founder <建元风云> and Yuan Yang Pei <鴛鴦佩>, Steven has founded his own production company, the Little Horse Production Studio. He is learning to be a director, working on his first television drama script, and has recently invested a six-figure sum on his younger sister’s tutoring school, “i. study” in Hong Kong.

Steven, who briefly worked as a textbook salesman before his debut as an actor, expressed that he always held the belief that knowledge is all-encompassing.  “I believe that knowledge can change your destiny; education can outmatch everything,” said Steven. “Since my younger sister, Fiona, worked as a private tutor for many years, she has accumulated quite a lot of students, and adding that she has found a suitable place near home, as her older brother, I decided to support her!”

Steven may be the principal for the school, but he stressed that his main reason for opening up the school is to support his sister’s dream. “I am currently learning screenwriting, production, and directing. I want to continue to improve myself! However, I will still be an actor first and foremost!”

Asked if Steven will also teach at her sister Fiona’s school, Steven laughed, “Sure! If it is needed, I can come over to teach the students singing and acting! The school has over ten teachers specializing in many different subjects. Besides basic subjects like math and English, we also have barristers to come in to hold law courses. The main idea is to groom our students comprehensively.”

After filming Legend of the Yuan Empire Founder, Steven has been working on establishing his first production company, the Little Horse Production Studio. “I also want to try out directing a few mini-films or music videos. Actually, someone has contacted me about investing in a movie for me to direct, but I don’t want to rush into things. I want to take things step by step.”

Steven also revealed that he is currently working on a new single. With Steven’s dark and sultry voice, he had attracted the attention of many fans. He has performed the theme and sub songs for his television dramas since 1997.

“I plan to produce five to six songs, including two songs written by myself. I will be able to plug these songs before March. I don’t want these to be the theme songs to television dramas anymore! I am very excited, and I really want to be able to collaborate with the singers of today, such as Ivana Wong (王菀之), Hins Cheung (張敬軒), Khalil Fong (方大同), Pong Nan (藍奕邦), and RubberBand!”

As to whether or not Steven would release a CD for his new works, Steven shook his head, ““We all know how our current CD sales market is. Even HMV may go bankrupt. Do I really need to release a CD? I have some reservations.”

Steven also expressed an interest in holding his concert. “I have always had someone approach me about it. If you’re talking about the Hong Kong Coliseum, then I really don’t have much confidence for that to happen. But if it’s holding a concert at some place smaller, like the Kowloon Bay Center or the Cultural Center, I think I could. Most importantly, I need to come upon some good songs!”

Return to TVB in May?

Despite having a tense work relationship with certain TVB executives, many of Steven’s dramas were well-received in the market.  A TVB insider revealed that the station is determined to bring back Steven. Steven is currently in discussion with Catherine Tsang (曾勵珍) to return to film a 30-episode drama, which will commence filming in May 2013. Steven’s frequent collaborator, Leung Choi Yuen (梁材遠), will be producing the drama. The source claimed that Steven is very close in sealing the deal.

“TVB and I have always been talking since I left,” said Steven. “Originally I planned to return last September, but I was very busy. Right now, I am planning to return in May. I cannot say that I will come back for sure, but when it comes to other filming offers from other stations, TVB remains as number one on my list.”