Andy Lau Brings Wife and Daughter Back to Malaysia 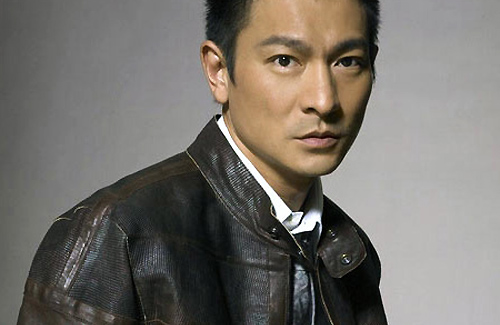 Over the Lunar New Year holiday, Andy Lau (劉德華) took a long-deserved break and brought his wife, Carol Chu (朱丽倩) and their daughter back home to Carol’s maiden home for visitation. At the same time, he managed to find time to attend Malaysia Berjaya Corporation’s Third Founder’s Day.

Andy has always kept a low profile when it came to his personal life. Without much fanfare, he brought his family back to Malaysia over the Lunar New Year holiday to visit his in-laws. Even though he was on holiday, he accepted Berjaya Corporation’s invitation to attend their 3rd Founder’s Day event although he politely rejected to be interviewed by the media in Malaysia.

Together with Tan Sri Dato’ Seri Vincent Tan (陳志遠), Chairman and Founder of Berjaya Corporation Berhad and his successor, Chief Executive Officer Chen Yong Qin (陳永欽), Andy appeared at the Berjaya Times Square for the corporation’s 3rd Founder’s Day. To celebrate the event, Vincent donated 20.2 million RM to 74 charity organizations. With such big names present, Times Square attracted a largecrowd even though it was merely 9 in the morning.

Andy appeared polite and respectful in the presence of the Malaysian crowd. When Vincent’s elderly mother asked him if he has a daughter who looks like him, Andy answered happily and respectfully that his daughter indeed looked like him. However, as expected of Andy, his wife and daughter were not with him yesterday.

As Andy has known Vincent for many years, the former was invited up on stage to make a speech. In his speech in English, Andy praised Vincent for being courageous and enthusiastic in his philanthropic efforts, despite being so tied up with his work as the chairman of Berjaya, a group that controls a wide array of businesses which includes golfing, property, resorts, and gambling. He further joked that he would like to apply as one of Vincent’s beneficiaries under the Andy Lau Charity Foundation. The Dato’ Seri was so touched with Andy’s speech that he hugged Andy when he got down from the stage.

The staff of Berjaya also used the opportunity to celebrate Vincent’s 61st birthday. As such, they prepared a birthday cake in the shape of a dragon that measures 130 feet and weighs 500 kilograms. Andy was invited back on stage to cut the cake with Vincent Tan. The superstar used the opportunity to wish Malaysians a very Happy Lunar New Year.