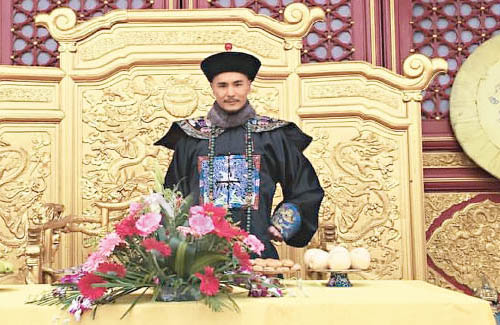 It’s been a crazy week for the TVB fandom ever since the dating speculations between Ruco Chan (陳展鵬) and Phoebe Sin (單文柔) dropped. Even Nancy Wu (胡定欣), Ruco’s golden partner and once-rumored girlfriend, could not escape the chaos.

The possibility between a Ruco-Phoebe romance is getting mixed reactions. Some fans are very happy for Ruco, while other fans—perhaps jealous “NanCo” shippers—do not find the news very welcoming. An anti-fan started to spread a Ruco death hoax online, completed by a presentable news article. Another anti-fan started a social media page attacking Ruco, calling him a “cheap man only worthy of death”.

Ruco, who is currently in Beijing to film the TVB drama Succession War <天命>, responded to the reporters through text: “Thank you for everyone’s concerns. I am still in Beijing filming my drama!”

The actor also shared a photo of himself in Beijing to “prove” that he is still alive. It appears that the negativity surrounding his death hoax hasn’t fazed him at all. Many of his fans remain supportive.