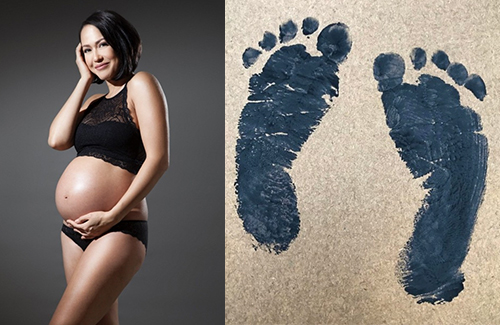 Congratulations! 36-year-old actress-model Ankie Beilke (貝安琪) and her boyfriend, Simon, announced on social media yesterday that they welcomed their son on February 1 in Germany. Simon shared a picture of their son’s footprints, and has received many well-wishes from friends and family.

Ankie, who started dating Simon in late 2015, announced last October that she was expecting. The Brother’s Keeper <巨論> actress gained over 19 kg (approximately 41 lbs) while pregnant with her son.

Meanwhile, Ankie will be staying in Germany for her postpartum recovery. She will return to Hong Kong after celebrating her son’s 100 days of birth.

8 comments to Ankie Beilke Gives Birth to a Baby Boy!