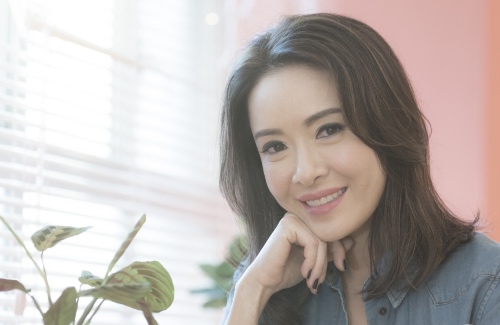 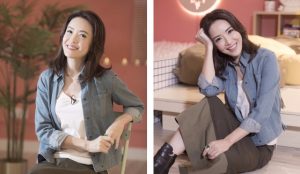 Participating in the Miss Hong Kong pageant is a childhood dream come true or one way of becoming an actress for many girls, including 45-year-old Anne Heung (向海嵐), who won the pageant in 1998. Not only did she take home the crown that night, but also three other major awards – Miss Photogenic, Global Beauty, and Miss Vivid Metropolitan. But who would’ve thought Anne’s big win caused her to lose herself?

“Miss Hong Kong winners are too protected. They have to have this specific image of being dignified, gentle, and noble. You’ll feel as if you lost a bit of yourself,” Anne expressed. “As soon as you’re in public, you’ll have to sit up straight and ladylike. I’m not saying that’s not me but everyone has different sides. The title of Miss Hong Kong restricted me for the first few years.” 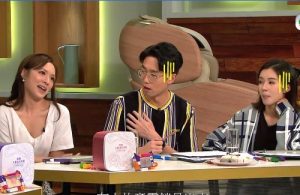 However, Anne believes the burden of up keeping the Miss Hong Kong image no longer exists for newer winners. She said since Miss Hong Kong champions are allowed to venture into hosting and acting shortly after winning, they get to showcase their personal characteristics earlier on and ditch the Miss Hong Kong baggage.

In fact, she is very impressed with 2016 Miss Hong Kong Crystal’s bold remarks. “At least people will know who she is, which is a good thing for an artist because viewers forget people easily. Even if people don’t remember which dramas she appeared in, they would still remember what kind of person she is,” Anne said. “I had to be a good girl back then and keep up the Miss Hong Kong image, so people did not have a lasting impression of me. They only remembered a few of my dramas.”

As one of the most promoted fa dans of her time, some people still remember Anne’s noteworthy performances in Legend of Lady Yang <楊貴妃>, Love is Beautiful <無頭東宮>, and The Charm Beneath <胭脂水粉>. However, in recent years, viewers have been criticizing Miss Hong Kong winners’ poor acting skills and TVB dramas.

For Anne, she said she hasn’t been watching Hong Kong dramas because she slowly developed the habit of not watching them when she was away from Hong Kong for nine years. “I can’t say what can be improved since I don’t really watch them anymore,” she expressed.

TVB Reached Out to Her

In 2008, Anne traded her acting career for a nine to five job in Shanghai. She returned to the entertainment industry in 2015 and acted in mainland TV series, hosted talk shows, and participated in stage plays. Her former company, TVB, also reached out to her in hopes that she’d return to the nest to film a drama. Unfortunately, Anne couldn’t do it due to schedule conflicts. “We can only see if there will be other opportunities,” she said.