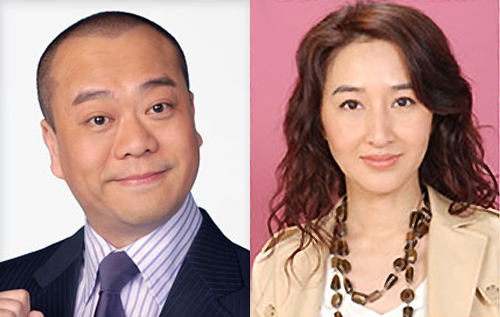 With Bobby and Esther’s love intertwined across three lifetimes and spanning 1,000 years in the drama, the role will be a breakthrough for Bobby in many ways. Bobby will portray his character from youth to old age, even playing Ngo Ka Nin’s father.

The trailer for Love Reverses Three Lifetimes of Fate was filmed at TVB studios on October 15. Since the first segment of the drama will take place in the Song dynasty, the filming will be more strenuous due to the heavy costumes and action scenes. Bobby filmed an explosion scene for the sales presentation trailer. “Fortunately, there were no raining scenes. Otherwise, if Esther Kwan got wet, what would happen if she decides to back out from filming the drama?”

Joining the Love Reverses Three Lifetimes of Fate <情逆三世緣> cast will be Mandy Wong and Rebecca Zhu. Yesterday, the pair rehearsed for a dance performance, which will be part of the sales presentation for the drama.

Portraying Esther’s younger sister and a  murderer, Mandy looks forward to the challenging role. Since the drama extends into the 1950s, 1960s, and modern times, Mandy will first portray an exotic dancer and then a cop. To seek revenge, Mandy will even commit murder.

“I am very happy that I will be able to work with such outstanding actors. I will benefit greatly,” Mandy said excitedly.

Rebecca added, “Since I have not worked with Bobby and Esther before, I greatly look forward to it. They are great actors. Bobby is very funny and Esther is very cool.”