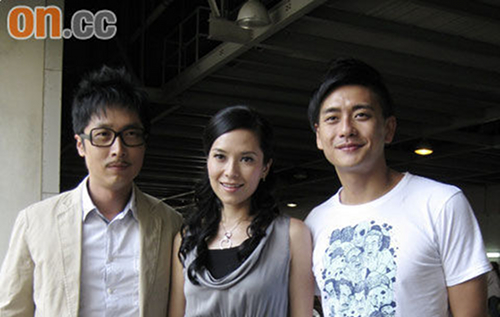 Although Steven did not have acrophobia, he felt his legs lose sensation while suspended in mid-air. “This time, the wire suspension is from a very high point. Although I have filmed many fighting scenes previously, I have never been suspended from wires at such a tall height before. The most difficult part is the need to look cool for the camera while hanging precariously from the wires.”

Bosco revealed that he was filming for the wire scene while sustaining a leg injury. “I am uncertain whether I tore my right thigh muscle from an earlier action scene. Although I can walk, my leg has no strength. The doctor advised me to take three months of rest. But if I rest, then there is no income. I have to support the family, pay for my car and house, as well as my dogs. Fortunately, I do not have to support a wife!” (Did rumored girlfriend, Myolie Wu Hang Yee, offer her kisses to make you feel better?) “No, but she asked how I was feeling.” (Can Bosco still dance?) “Yes, only if I watch my moves carefully.”

Several years ago, there were rumors that Sonija and Steven had a fall-out, but they repaired their friendship after collaborating on Seven Days’ Separation together. Sonija said: “We’re okay. It’s pleasant working together. Now, I will just say what I am thinking, rather than keeping it bottled inside.” When reporters mentioned that there may be a Miss Hong Kong contestant who was a transsexual, Sonija said that it was not possible.  She did not not believe in the rumors. Jayne: The wire suspension does look scary! Hmm…usually the TVB wire scenes look fake and do not seem dangerous. Perhaps we take many things for granted because we are so used to watching them.