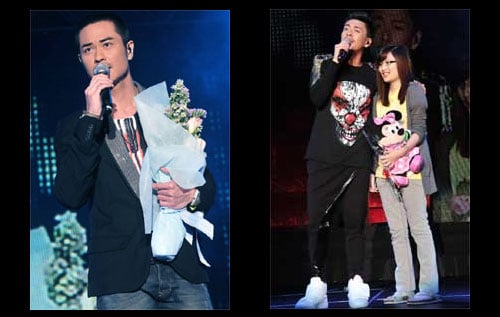 Moses Chan Ho, Bosco Wong Chung Chak, Ron Ng Cheuk Hei, and Kevin Cheng Ka Wing arrived in Singapore for their concert, performing before a packed audience of 5,000 fans. Aside from Kevin, Moses, Ron, and Bosco did not start their careers in singing, but their performance was livened by dancing. Bosco was the most popular TVB artist, followed closely by Moses.

Always possessing a lively presence, Bosco had the most number of fans present. Fans traveled from Taiwan, mainland China, and Hong Kong to attend the concert. Bosco’s dancing skills were impressive and he danced effortlessly while singing, Hey Boy and 千金散尽. In addition, Bosco had good skills in chatting with fans. He laughed and said that for fans carrying signs with is name had benefits. He invited a female fan onstage and gave her a Mini Mouse stuffed animal and a bouquet of flowers. The female fan sang the song Loving You From All Angles <全角度爱你>.

Bosco dressed the most fashionably and chose the best alternative songs. Moses sang several popular Chinese songs, Ron sang TVB theme songs, while Kevin sang classic Cantonese songs. Pronouncing Mandarin with a “Northern accent,” Bosco performed a rock version of The Bund <上海滩>, Merlin Merlin I Love You <梅兰梅兰我爱你>, and a high-pitched version of Will Not Go Home Today <今天不回家>. When asked why he performed a rock version of The Bund, Bosco said, “It fits with my temperament….”

Cheated on the Lyrics

Perhaps Moses, Bosco, Ron, and Kevin were afraid of forgetting the lyrics to their songs. Sharp-eyed fans may have noticed that the four artists’ eyes often strayed downwards to look at the lyrics subtitle prompts. Performing in a concert in Singapore for the first time, the artists had a psychological burden and fear of forgetting the lyrics on stage. The lyrics prompts helped them avoid this.

Moses Chan Had Weak Voice: 50 Points
Moses’ voice was very weak and his singing performance was just passing. He put in a lot of effort and chose his songs carefully, such as If You Love Me, Don’t Leave <爱我别走>, I Am Truly Hurt <我真的受伤了>. Was Moses attempting to send a message to ex-girlfriend, Bernice Liu Bik Yee? Unfortunately, Moses was inherently limited by his weak voice. His singing was powerless and resulting in a “cow climbing a tree” feeling (老牛上树). However, he put in his best effort and his sincerity added 20 additional points to his final performance score of 70 points.

Among the four artists, Kevin possessed the best singing skills, but poor dancing skills. When he sang Leslie Cheung’s songs, Kevin claimed they were a “challenge to his dancing.” However, Kevin only ran around the stage and should not be considered true dancing. Kevin possessed a pair of electric eyes and the reporters present gave him a score between 70 to 80 points for his singing skills.

Undoubtedly, Bosco Wong created a lively atmosphere and engaged the most number of fans. His performance received the most applause and the loudest screams. Some of the reporters present gave his performance 60 points, while other reporters felts that his performance, due to his strong dancing skills, deserved 75 points.

Ron was the second artist to perform in the concert. Despite his cool and masculine appearance, his performance was a little bit cautious. Occasionally, he sang out of tune. Overall, his performance was not bad and held the stage well. Despite a professional dancing background, he did not seize the opportunity to exhibit his dancing skills, which was a waste! Some reporters gave Ron’s performance 60 points, while others reporters, who were swayed by his cool appearance, gave him an additional 20 points, resulting in 80 points in total. 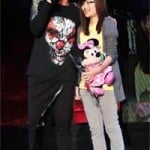 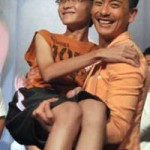 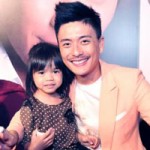 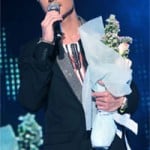 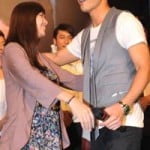 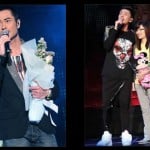 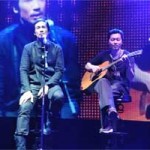 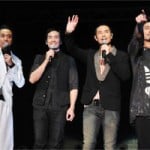 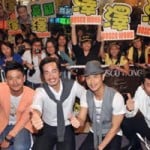 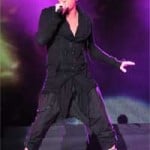 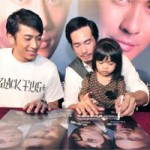 Jayne: Since Moses, Bosco, Kevin, and Ron were sharing the stage, it was inevitable for the media to compare their performances. An earlier tabloid claimed that the same group concert was planned earlier in China, but it was cancelled since early sales were weak.

Did any fans manage to see the hunks perform in Singapore?! I hope they come to the NYC area to perform!