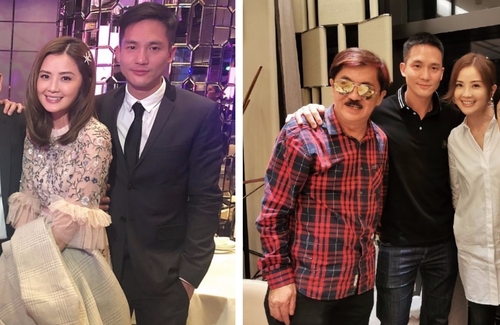 Recently, Charlene Choi (蔡卓妍) threw a birthday party for her father, whose birthday was on October 23. She prepared four cakes for him and handled the bill for the party in hopes that Papa Choi would have an unforgettable birthday. Many friends attended the lively celebration, including artiste Strawberry Yeung (楊玉梅), who shared the event photos on social media. In the pictures, Charlene looked particularly radiant with her boyfriend “billionaire mahjong prince” Anthony Shek (石恆聰) by her side.

Anthony even took the initiative to drape his arms over his potential father-in-law’s shoulders, and Papa Choi seemed very satisfied with Anthony. However, Anthony did not participate in the family group photos.

Charlene and Anthony were revealed to be dating two years ago, and they did not deny the relationship. She often brings him along to events, including to good friend Gillian Chung’s (鍾欣潼) wedding late last year. At the beginning of this year, he also accompanied her to go skiing with Joey Yung (容祖兒) abroad.

It is also said that Anthony’s family is quite fond of Charlene, and is pleased to have Anthony date her. They invited her to a family member’s wedding, and she is often seen going in and out of their family mansion.

Although the couple was speculated to be tying the knot many times, Charlene said she’d let everyone know if there is good news. However, she did freeze her eggs to plan for motherhood. “I hope I can store the eggs for 10 years, I’m afraid I’ll be too old if I give birth at 50-years-old,” she once said. 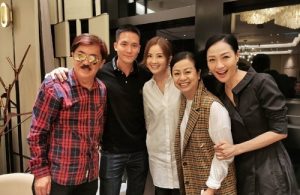 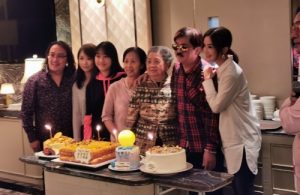