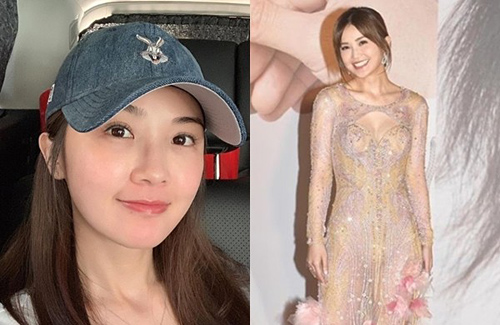 In the entertainment industry for almost two decades, 36-year-old Charlene Choi (蔡卓妍) still looks very youthful. However, understanding that her biological clock is ticking, Charlene decided to freeze her eggs in case she decides to have children later in life.

Catching the bouquet at good friend Gillian Chung’s (鍾欣潼) wedding last year, it was speculated that Charlene will be soon tying the knot with her wealthy businessman boyfriend Anthony Shek (石恆聰) by the end of the year. Although Charlene never confirmed the rumors, she is no longer afraid of getting married again although her first marriage with Ronald Cheng (鄭中基) ended up in divorce in 2010.

Attending a promotional event yesterday, Charlene openly talked about cryopreserving her eggs. Influenced by her good friends Gillian and Joey Yung (容祖兒), who both made this decision, Charlene feels it is important to plan for motherhood. Fertility preservation would allow her eggs to be used within the next 10 years.

Egg freezing, or oocyte cryopreservation, is a process in which a woman’s eggs (oocytes) are extracted and frozen for later use. Prior to harvesting the eggs, it is necessary to use fertility drugs to induce ovulation which makes the woman produce multiple eggs. The egg retrieval is a 15-minute nonsurgical process done with a needle attached to a catheter through the vaginal wall. Suitable eggs will then be frozen using a flash-freezing method called vitrification.

Leading up to the process, Charlene was scared to overwork herself. Although she was terrified at first, she slowly overcame the psychological aspects and calmed her anxiety. However, because of the freezing her eggs, Charlene gained quite a bit of weight around her waist.

With Twins‘ 18th anniversary coming up soon, many people are wondering how Charlene will celebrate the big milestone. Revealing that she and Gillian are planning to have quality sisterhood bonding time together, the duo will be ditching their significant others and flying to Japan for a mini getaway.