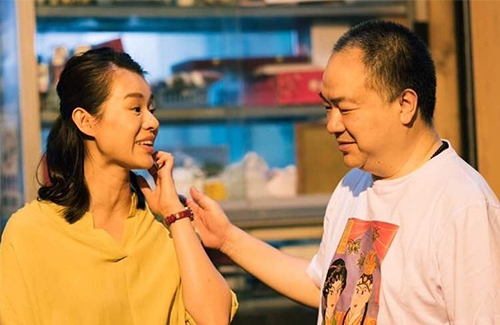 Dearest Anita is based on a true story about a group of Anita Mui fans who go on a search across Hong Kong to help the late singer return various belongings that Anita had kept over the years to their original owners. The film celebrates the late singer’s dedication, loyalty, and kindness to the people in her life. 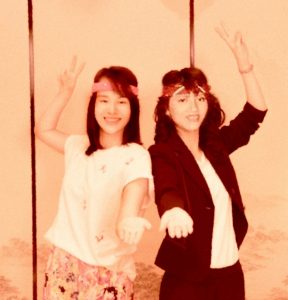 A digitally altered picture to depict Anita Mui with her friend, portrayed by Myolie, in the 70’s.

On winning four awards at the VCFF, Clifton said, “Because I’ve been working on another project, I was only able to stay in Vancouver for12 hours. Once I stepped into the venue, I felt extremely anxious. I was told to share some tidbits about the film with Myolie Wu (胡杏兒). I thought maybe we were going to win something? I immediately contacted Myolie, asking if her she would want me to say anything on behalf of her if we do win something.”

The director also said Myolie wanted him to help thank Ann, Anita’s real-life close friend whom Myolie’s character Amy is based on. “They became close friends after flying to Japan together to watch Hideki Saijo (西城秀樹) in the 70’s. But after Anita got famous, the friend initially thought that she wasn’t good enough for her. It was a very touching relationship. Myolie wanted me to thank Ann on her behalf, because Ann read the script with us and helped us understand her relationship with Anita. Myolie’s great performance was all thanks to her.”