Since TVB terminated Coffee Lam‘s (林芊妤) contract following her public restroom sex scandal, the 30-year-old turned into a successful yoga guru. Within 10 years, she went from an unknown actress to a fitness goddess with about 874,000 YouTube subscribers. Even her toddler son, T.Y. Chak (翟德彥), has 110,000 followers on Instagram. Transcending a rough patch in her life, today, Coffee has both a family and a career that she’s proud of.

“Although I once hit a low point in my life, I unexpectedly found something that I love, and it became my career – my income is not bad either,” Coffee expressed. “I’m luckier than most people.”

If She Never Left TVB 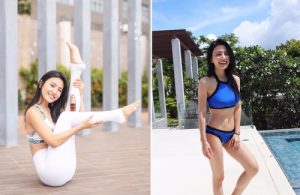 Coffee, who was cast in minor roles at TVB, could not imagine what her life would be like if she was still an actress. She laughed and said she’s not suited for the entertainment circle.

“I really enjoyed filming back then, but I don’t think it’s important now. Even when someone asks me to guest star, I decline the invitation because of timing issues, and I want to do what I enjoy instead,” the mother of one shared. “I’m really satisfied with my life right now.” 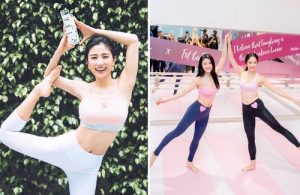 Thinking back to when she first left TVB, Coffee thinks she’s pretty lucky to have transformed her life. She said, “Even if you experience something negative, it doesn’t matter because it may become your motivation to find a new way out.”

She continued, “Oftentimes, we stay in our comfort zone even if it’s not the best for us. I always tell my followers they should find what’s most suitable for them if they are not content with what they have right now. We should use our youth to our advantage; even if we take the wrong step, we can always turn around.” 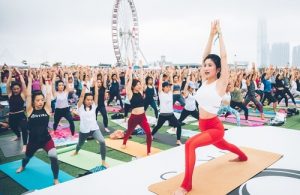 Making a career out of her interest, Coffee never felt pressured or troubled by her job even when she taught yoga ten hours a day. In fact, she loves her job. “I’m doing something that I’m good at, so there is no pressure.”

She revealed she previously met a 50-year-old waitress who lost 60 pounds in two years from following Coffee’s workout routines. Another time, a passerby, who achieved weight loss due to Coffee’s effective yoga videos, stopped Coffee on the streets to show her the results. “I felt so satisfied. When people share their results with me, I feel positive,” Coffee expressed. “I am not a miracle doctor. Everyone can become a healthy person if they work hard.”

Not a Monster Parent 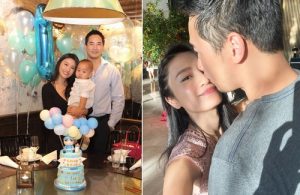 Having become a career-oriented woman after a low point in her life, Coffee’s hope for love was almost extinguished until she met her husband, Chak Chee Weng (翟志榮). “Everything became more real after I gave birth and built my own family. Right now, I’m very blessed,” she said.

Since she gave birth to her son, her life revolves around him now. “My love for him is bigger than my love for myself, so I often neglect myself. Even my husband pays less attention to me. When I was pregnant, I was like a princess, but I’m less than a servant now. My son is the mistress,” Coffee joked.

She said there would be more “mistresses” in the future because she has plans to have more children. Regarding her son’s education, Coffee has a consensus with her husband to let T.Y. attend an international school. “I am not someone who compares myself to others, and I hope I won’t in the future either,” Coffee revealed. “Even if he is not student material, it’s fine as long as he is doing what he likes. I think being happy is the most important.”

Don’t Want Son to be Arrogant 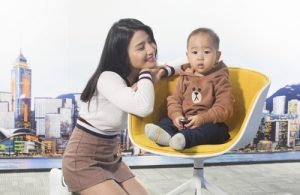 As for her son’s Instagram, Coffee plans to make the account private before he turns two. “I have more fun on his account than my own account, but I don’t want him to become too arrogant and think he’s superior,” Coffee explained. “I also don’t think he’ll be cute by the time he’s two-years-old, so it won’t be a pity.”

Since opening the account nine months ago for the convenience of sharing pictures and videos with friends, they amassed over 110,000 followers. 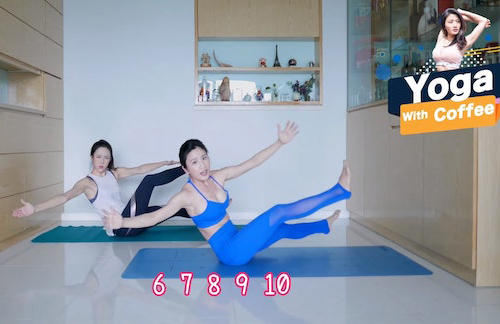 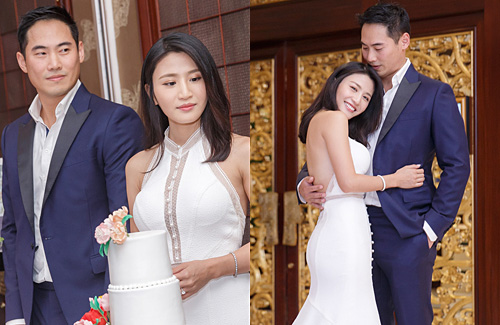 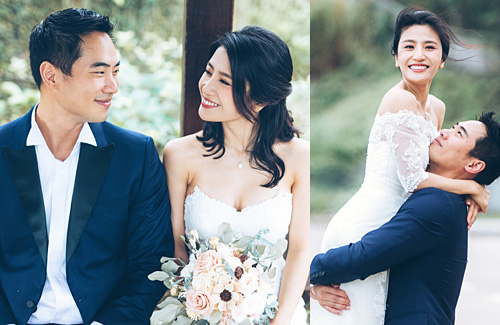