Although currently five months pregnant, Coffee was a relaxed bride. She went to the gym and ran on the treadmill on the morning of her wedding. Fans saw her update her social media account with an exercise clip, and were surprised that hours later, Coffee would be getting married.

Going home to shower and apply a light layer of makeup herself, Coffee changed into a halter-style dress. Leaving her hair down, Coffee’s bridal look was simple, but beautiful. The groom wore a blue suit without a tie and appeared equally casual.

“Since both of us like things simple and regard getting married as a simple affair, so the guests were only our family and a few friends,” Coffee said. “There were laughter and tears the whole night. We didn’t have a lavish stage, but every moment was precious. This has been the wedding I’ve fantasized all along. The most important thing is that both of our families are very happy, which is what we wanted the most. The wedding concluded happily, but my biggest regret is that I didn’t invite [all] my friends. Hope everyone understands. I’ll invite everyone when my son is born.”

Dating for three years before tying the knot, Coffee said to her husband, “From now on, I’m Mrs. Chak, but I’ll continue to treat you as my boyfriend, so our love will continue to be as sweetly passionate as our dating days.” 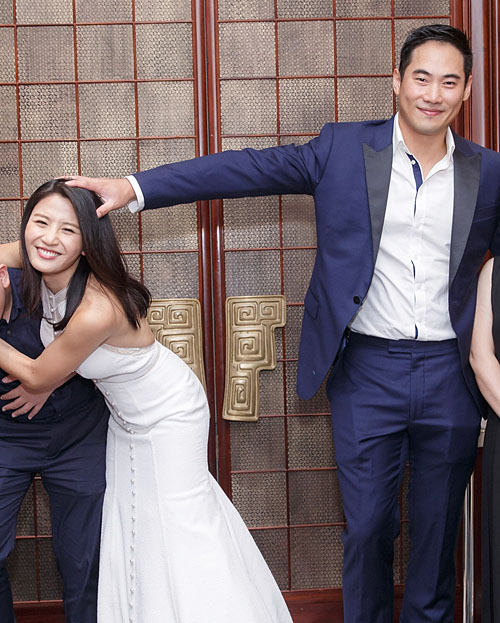 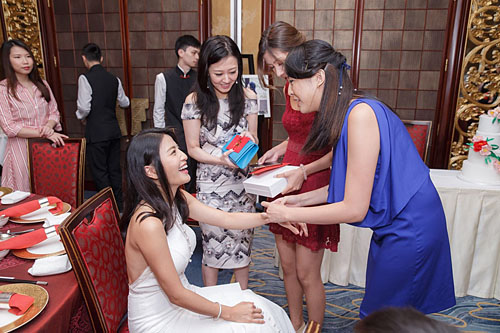 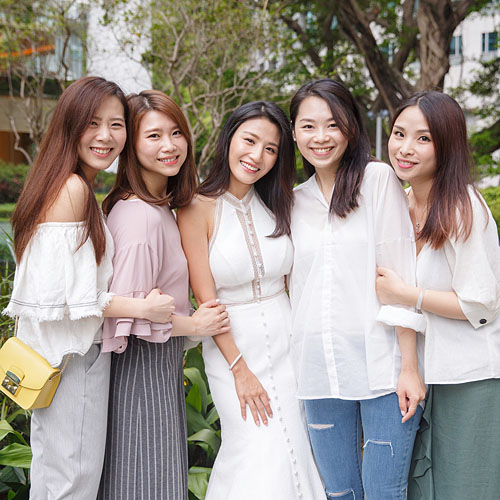