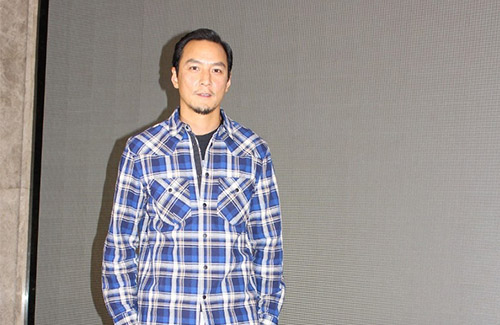 After moving his focus to Hollywood and starring in productions such as the AMC drama Into the Badlands and the film Tomb Raider, Daniel Wu (吳彥祖) says now it’s about time he return to his roots.

At the camera commencement ceremony for the new Hong Kong crime thriller film The Deadline <限期破案> in Jiangmen, Guangdong, Daniel expressed his joy and excitement in returning to the Hong Kong film industry.

The actor shared that it has been over two years since he last came to Hong Kong. Professing that he missed the Hong Kong filming style, which treasures community over individuality, Daniel said, “The American filming style is more precise and detailed, so the cast doesn’t really get much time to spend together. I’m so happy to return [to Hong Kong]. I made my debut in Hong Kong, so it’s always held a very special place in my heart. I respect local Hong Kong films very much, because you don’t get to make movies like those elsewhere.”

Playing the main villain, Daniel was asked if he is already dreading the action sequences for the film. “Not at all!” he said. “American stunt actors have it much harder. It takes nine episodes to film one episode. They’re literally fighting every single day!”

Daniel returned to Hong Kong solo. Sharing that his wife and daughter are still in America, the 44-year-old said, “My daughter entered kindergarten this year. I enrolled her in a Chinese school because I want her to know Chinese. My only regret in life is not learning Chinese when I was younger.” He then joked that his Cantonese has gotten worse over the years due to underuse, while his Mandarin has improved.

Having recently completed a guest spot for Nicholas Tse’s (謝霆鋒) cooking show Chef Nic <鋒味>, Daniel said, “We are old friends. We talked a lot about our youth. There were many memories. It was touching! (Did you cry?) No, but there were tears! We did talk about wanting to do another Gen-X Cops <特警新人類> film. It’s the 20th anniversary this year. We should get Stephen Fung (馮德倫) to tag along for a Gen Old Cops!”