“Dead Wrong” Recap: Setting Up for a Sad Ending? 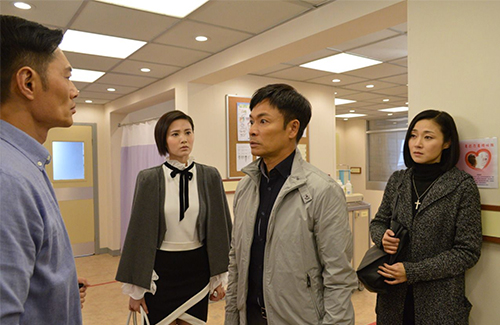 As the series finale draws closer, online discussion forums are heating up faster, all offering theories on how Vincent’s revenge story will end.

TVB anniversary drama Dead Wrong <致命復活> will be airing its last episode on Saturday, December 17. The Lam Chi-wah (林志華) drama stars Roger Kwok (郭晉安) as Vincent, a man who seeks revenge on those who caused his imprisonment in a deserted island for ten years.

With only a few days left before the great finale, the show is finally starting to tie up loose ends with major revelations.

Last week, we’ve learned that most of the show’s main characters had, one way or another contributed, to Vincent’s ten-year imprisonment. His boss CK (KK Cheung 張國強), upset with Vincent’s betrayal, had connived with a Vietnamese gang member to start a strike, so that Vincent would be forced to temporarily leave Hong Kong to go to Vietnam. Vincent’s extreme methods had angered the gang, and he was captured for ransom along with Max (Vincent Wong 王浩信). Max left Vincent behind after escaping, indirectly leading to Vincent’s recapture.

Vincent’s older brother Lung (Jerry Ku 古明華), who was in huge debt at the time, had stole half of Vincent’s ransom money. Yan (Kenny Wong 黃德斌), filled with hatred after discovering that Vincent had cheated on Cathy (Joey Meng 萬綺雯), destroyed all traces of evidence that would have led to Vincent’s whereabouts.

With all characters involved, there seems to be no final boss for the show. But will Vincent succeed in his quest exact revenge, or will he find his redemption and learn to forgive?

After realizing that Yan was the one who had tried to stop people from finding his whereabouts, Vincent starts to use the people around him to force Yan to reveal the truth in front of Cathy. The plan ends up failing; Cathy never witnessed Yan’s confession, and his younger cousin Tracy (Stephanie Ho 何雁詩), who was used to lure Yan, loses her eyesight. Feeling guilty, Max tells Vincent that he would no longer help him. The incident triggers Max, and his PTSD symptoms worsen. His friend Emma (Zoie Tam 譚凱琪) also ends up getting innocently killed by a bomb set by Yan, which was originally meant for Vincent.

According to spoilers, the series finale will focus on Yan as the final villain, and he does whatever it takes to prevent Cathy from knowing the truth. But Cathy soon discovers Yan’s secret, and she tries to stop him from harming Vincent any further. She begs him to return to Vietnam with her to start a new life, which Yan reluctantly agrees.

In Vietnam, Cathy is heartbroken when she finds that Yan had never stopped thinking about destroying Vincent. Yan lures Vincent into an abandoned factory so he can kill him.

15 comments to “Dead Wrong” Recap: Setting Up for a Sad Ending?