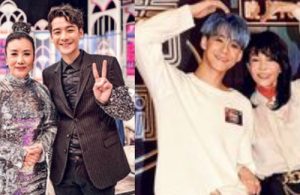 Since making a full recovery from his near-death experience in 2018, TV presenter and actor Dickson Yu (余德丞) has been rising in popularity through hosting variety shows. Receiving valuable hosting opportunities alongside veteran artistes Liza Wang (汪明荃) and Carol Cheng (鄭裕玲), the 30-year-old star is working hard to regain viewers’ confidence in him. With the desire to return to acting, Dickson doesn’t wish to be known as a patient any longer.

He Wants to Film Romance Dramas

Despite having escaped death nearly two years ago, people often still ask Dickson about the condition of his health. He shares that he has already made a full recovery and returned to exercising and playing soccer like usual, although he would no longer overexert himself. He said, “Everyone always asks me about my health. I am actually fine, so there is no need to worry, and there is also no need to label me as a patient.”

Instead, Dickson hopes to be recognized as an actor, and wishes to film dramas where he can experience a heart-fluttering romantic storyline with a “goddess.” He expressed, “I want to act again! I’ve been watching The Hippocratic Crush 2 < On Call 36小時II> recently, and I want to work with Tracy Chu (朱千雪).”

He Has Great Chemistry With Sisley Choi (蔡思貝) 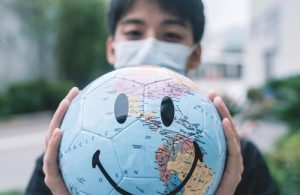 In addition to acting, Dickson is open to film travel programs. As an insecure homebody, Dickson rarely goes out to explore and spends most of his time at home or in Causeway Bay. But he felt his horizons broadened while filming travel shows. He said, “I hope to go to Cuba or Turkey next time. I heard that the scenery is nice, and the architecture is really pretty.”

As for choosing a cohost, Dickson said he’d pick Sisley because they have really good chemistry. When the interviewer asked if Sisley would want to now that she is allegedly dating Hubert Wu (胡鴻鈞), Dickson replied, “It’s unrelated to work.”

He added that he never asked if they’re dating. “I am good friends with them, but I’m not curious, so I’ve never asked them. I generally only talk to Hubert about work and nonsense stuff,” Dickson revealed. 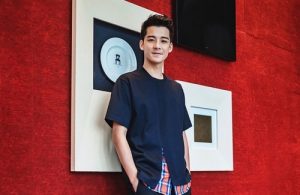 On the topic of rumored girlfriends, Dickson expressed Sisley and Chrissie Chau (周秀娜) are just good friends. Moreover, he is not in a hurry to date. As of right now, he is prioritizing his career and earning money. When asked about his ideal type, he said, “Someone with a cool and honest personality who is not too skinny. I like hugging thicker girls.”