Dicky Cheung Doesn’t Care Too Much About Awards 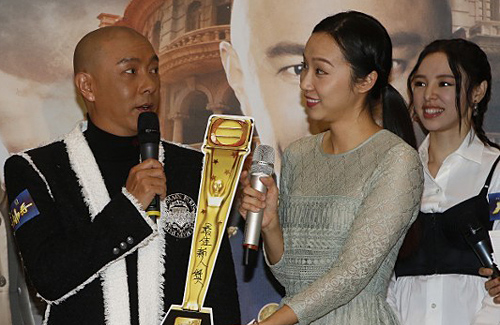 This year, Dicky was nominated for “Best Actor” for the 2018 TVB Anniversary Awards, which will be held on December 16. He said, “Wow! I have never won any filming-related awards before. As long as I can win my fan’s hearts, being half a TV King already makes me very happy. But from filming so many years, I know comedy series usually don’t win awards. I remember this specific line from my song ‘Everyone gets the big award except for me’ and I think it best reflects me.”

Though Dicky is not confident about the award, he is still very content about the drama’s results so far. Apparently, the drama has already received 76 million views in Mainland China alone and many fans are happy to hear his classic phrases within the drama.

When asked about his attendance at the award ceremony, he said he would have to check his scheduling to see if he is available. Since he didn’t sign with TVB, Dicky doesn’t have high hopes to win any awards.

Earlier, Dicky and his wife, Jess Zhang (張茜), went to South Africa for vacation. Happy to share the trip’s details, Dicky said that South Africa is definitely an amazing place as they both loved animals. Though Dicky did not disclose any baby plans, he did mention that they had many romantic candlelit dinners.