Eddie Peng Has Steady Girlfriend, May Get Married Next Year 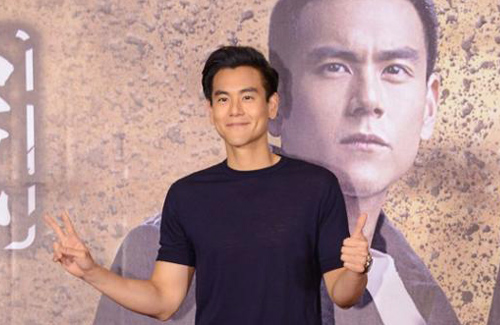 Tony joked that he is well aware of Eddie’s taste and preference in women. Despite boasting about having already met Eddie’s girlfriend, Tony later added, “But I haven’t met the most recent one yet!” At this, Eddie laughed and played along, saying, “I actually had a lot of [girlfriends]! In the past, I told myself that I would get married at 35 years old. I’m already 34 years old, so I guess I can get married next year!”

When asked about his thoughts regarding his “son’s” dating life, Tony laughed and said that personal relationships should be kept separate from work matters. Despite so, Tony expressed that his wife, Kong Ka Nin (江嘉年), is mesmerized by Eddie’s handsome looks. However, he joked that he will not be a matchmaker for his two daughters. “Brother and sister having that kind of a relationship is bad!”