Recently appointed as TVB’s new Deputy General Manager, Eric Tsang (曾志偉) will be in charge of variety and entertainment show programming. Frequent collaborator, Wong Cho Lam (王祖藍), has also been appointed as Creative Director. Eric and Cho Lam were chosen due to their many years of working experience in China, knowledge of variety show production, and widespread networking connections. They will be supported by fellow TVB executive Sandy Yu (余詠珊) in paving the way for TVB’s expansion into the Mainland Chinese market.

Currently working in China, Eric hopes to return to Hong Kong as soon as possible to meet with his new colleagues. TVB has shown that it highly values Eric as his office will be situated next to Chief Executive Officer Mark Lee (李寶安). It is said that he will appear in TVB’s upcoming Lunar New Year gala, where he will give out red pockets and take part in the lion dance ceremony alongside TVB Chairman Thomas Hui (許濤).

With many great ideas in mind, Eric is already planning for future variety shows that are suitable for Hong Kong and Mainland Chinese audiences. He wants to revive the classic Super Trio <獎門人> variety show, as it would bring more happiness during the pandemic.

Previous Super Trio hosts Chin Ka Lok (錢嘉樂), Jerry Lamb (林曉峰), and King Kong Lee (金剛)  have not heard any news yet, but are very excited for Eric’s plans. If Eric calls him, King Kong would fly back immediately to Hong Kong to support it.

Other TVB artistes such as Crystal Fung (馮盈盈), Kaman Kong (江嘉敏), Joey Thye (戴祖儀), and Jumbo Tsang (曾淑雅) would love to appear on the show.

Crystal expressed, “When I was young, I attended a filming session and was in the audience. I took many prizes home! I really want to become a host on the show, give out prizes, and bring happiness to everyone!”

Joey Thye (戴祖儀) had looked forward to watching Super Trio every weekend when it was on air, and found every game to be hilarious.

Jumbo said, “If possible, I want to take part in the show. There has been a lot of negativity in the past year due to the pandemic. I hope that there will be comedic shows, so that everyone can be happier.” 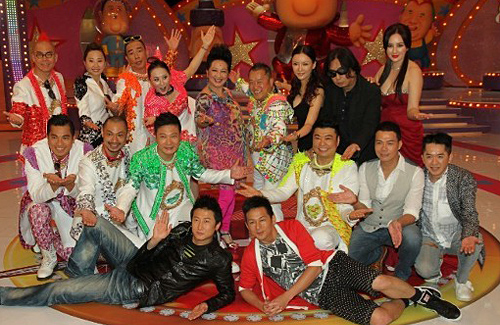