Flora Chan to Move Back to the United States 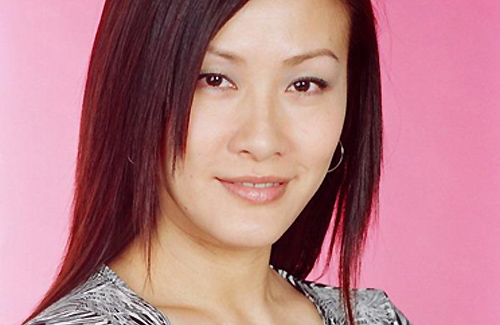 Flora Chan (陳慧珊) was one of TVB’s Top Five Fadans from the mid 1990s, along with Maggie Cheung (張可頤), Ada Choi (蔡少芬), Kenix Kwok (郭可盈), and Jessica Hsuan (宣萱). Since becoming a mother in 2007, Flora entered semi-retirement and prioritized her family over her career, even planning to move back to the United States shortly.

Starring in various TVB dramas and loved by audiences for her cool professional roles, Flora won the TVB Best Actress award for Family Man <絕世好爸> in 2002. Her characters, Annie Kong in Healing Hands 2 <妙手仁心II> and Isabelle in Triumph in the Skies <衝上雲霄> are two of Flora’s most popular and memorable roles.

In 2006, Flora married her manager, Mike Chung, and gave birth to her daughter, Mira, one year later.  In 2010, Flora returned to TVB for Suspects in Love <搜下留情>, where she costarred with Joe Ma (馬德鐘). Unfortunately, her last drama flopped with disappointing ratings, and had difficulties getting her acting career back on track.

After Flora’s husband announced bankruptcy in early 2012, it was reported that Flora would return to TVB to film Triumph in the Skies 2 in order to help her husband with his financial problems. However, two months before filming, Flora ultimately decided not to be in the drama. Flora had already agreed on the terms of the contract, but she suddenly turned down the role. Flora felt that the drama required her to film scenes in too many different countries, and she did not want to be apart from her young daughter. It was reported that TVB has been treating her very well, allowing Flora to pull out from Triumph in the Skies 2, they continued to offer her roles in upcoming TVB dramas.

According to one of her friends, Flora plans to move back to the United States with her family in the future. Flora has always enjoyed a casual lifestyle. She has been acting for more than 10 years, and feels that now is the time for her to begin a new path.  Flora wishes to remain at her daughter’s side to teach and raise her. When her daughter grows older, Flora worries that she will lack the knowledge to teach her properly. Therefore, Flora is pursuing a Masters degree in English at Hong Kong University.

After receiving her degree she may decide to become a teacher, and she will move back to the United States permanently once her daughter is a little older. Flora believes the education system there would provide a better learning environment for her daughter.

Source: Next Magazine #1182 via kuangaitvb.com