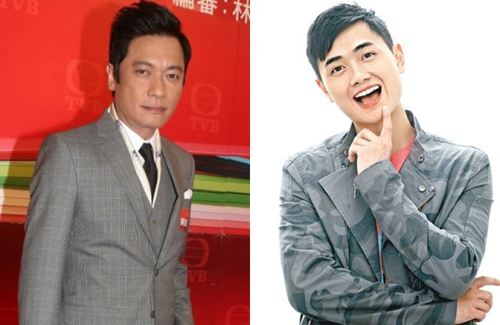 Actor-turned-singer Fred Cheng (鄭俊弘) was busy filming for TVB’s upcoming suspense drama, The Conspirators <與諜同謀>. Fred was excited to learn that he would be starring opposite Gallen Lo (羅嘉良) as his long-lost son. Fred expressed that the most memorable and precious memory from filming was when Gallen praised his performance. “He [Gallen] commended my performance and said I did a good job. Everyone filmed a very good scene [that day].”

Despite his natural friendly and easy-going nature, Gallen avoided excessive social conversation with the rest of the cast due to his role as a stern and complex-minded businessman. Fred shared that Gallen expressed his desire to socialize with the group and engage in get-togethers after work. However, in order to properly engross himself and portray his role well, he had to maintain the character’s sentiments.

In the drama, Fred will have many action scenes, including some fighting as well as cycling scenes. Fred expressed, “Maybe because the director knows I began learning martial arts at six years old, so he gave me some fighting scenes. The cycling proved to be more difficult. There was a scene when I had to brake abruptly. Maybe the braking was too sudden, because the back tire lifted up and I flew off. I fell on the floor, did a somersault, and got back up. Luckily I didn’t get hurt.” Fred laughed and joked that filming a cycling scene was more dangerous than action scenes.

1 comment to Gallen Lo Avoided Socializing with “The Conspirators” Cast