Dream Garden tells a story of growing love and respect between popular relationship coach Xiao Xiao (Qiao Xin) and cold professional psychologist Lin Shen (Gong Jun). A confident expert on romance, Xiao Xiao takes pride in how she makes meaningful differences on peoples’ lives. However, the professional Lin Shen does not believe so, and he is not afraid to tell her that on national television Butting heads since their encounter, neither  wanted to see each other again until fate had its own mind, and decided Xiao Xiao to become an assistant to Lin Shen. Despite their differences, they make a compatible pair in dealing with various cases and eventually grow to have romantic feelings that they would not dare to admit.

Dubbed the “male version” of The Psychologist <女心理师> led by Yang Zi (杨紫) and Jing Boran ( 井柏然), there are expectations Dream Garden will also cover similar topics through diverse cases. Comparisons between the two dramas are anticipated as they share the same themes. Comparisons aside, hopefully greater attention will be on mental health issues and the value of communication.

With a total of 16 episodes, Dream Garden will air every Monday and Tuesday.

“Legend of Anle” is generating explosive buzz due to its gorgeous cast.

The director is impressed with Gong Jun’s thoughtful and kind acts during the filming of firefighting romance, “The Flaming Heart”. 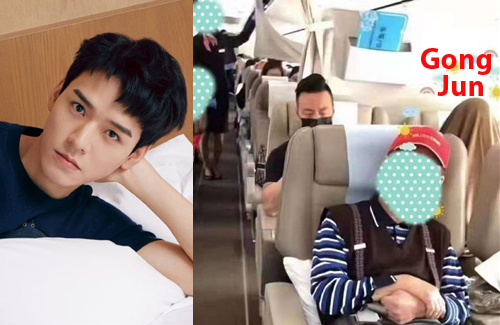 Gong Jun threw a blanket over his head while hostile fans yelled at him onboard a flight.

Fans disapprove of Dilraba Dilmurat and Gong Jun starring in the drama due to lack of confidence in the script for “Legend of Anle”.